The first blooming orchids of the Cantabrian Mountains: the giant orchid and the somber bee-orchid. 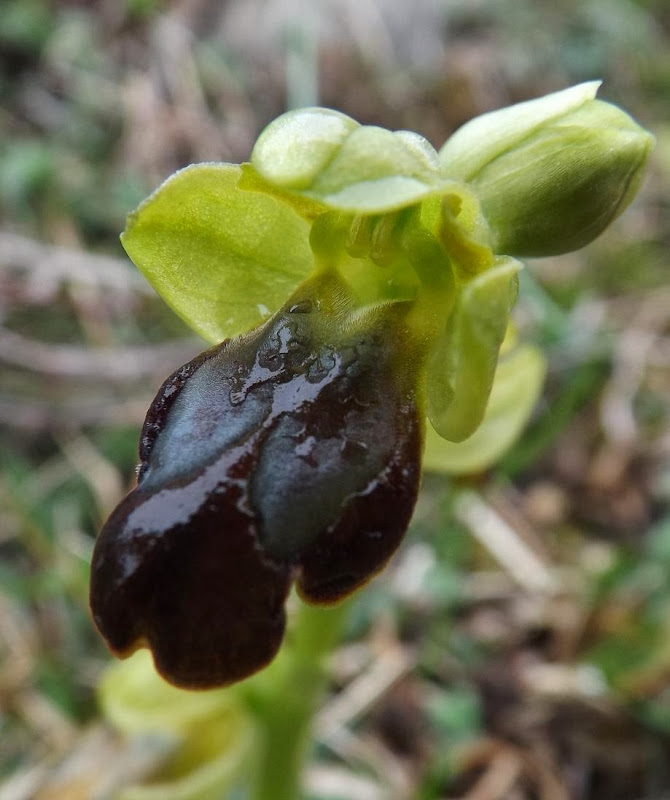 The first blooming orchids we will be able to observe at the end of this winter in the north of Spain can be found in the autonomous region of Asturias, located in the milder parts of the northern Cantabrian Mountains. We are talking about the giant orchid ( Himantoglossum robertianum, formerly classified as  Barlia robertiana) and the somber bee-orchid ( Ophrys fusca ), also called the dark bee-orchid. The giant orchid will already be blooming in the second half of February  and most of the somber bee-orchids will flower in March. The giant orchid is certainly not a common orchid in the Cantabrian Mountains, but we still managed to locate some groups with up to 20 flowering specimens. I know that this is nothing compared with certain regions in Portugal where I´ve seen literally thousands of giant orchids, but I´m very glad we have some of them around in our region too. Of the Ophrys fusca we have found a very promising area right on the seashore with hundreds of plants in bloom and also some hitherto unknown smaller populations scattered around Asturias, at least unknown according to the specialised literature.