A new location of the Orchis italica (naked man orchid). 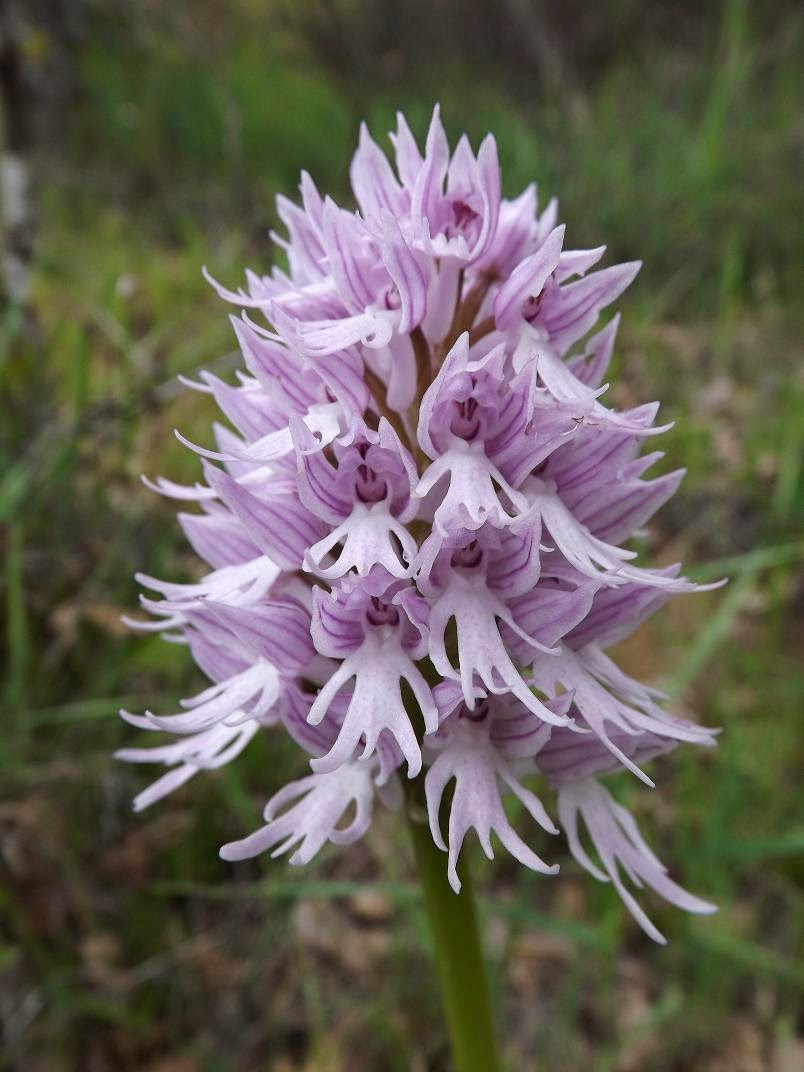 A new location of the Orchis italica in the Cistierna area (province of León).

The Orchis italica is a Mediterranean orchid whose distribution is mainly located in the southern half of Spain, while in the north of Spain their are only two known territories (see map). Two weeks ago I found three specimens of Orchis italica in the neighbourhood of Cistierna, situated between those northern territories and indicated on the map by the blue rectangle.

Characteristics of the Orchis italica.

The Orchis italica is known in English as the naked man orchid, due to the form of the individual flowers which resemble a naked male form. The spike is very densely packed with flowers of a purple-pink-whitish colour. The petals and sepals are all curved upwards forming a kind of helmet covering the column. The lip is long and has the shape of a man, with arms, legs and a third protuberance. The colour of the spur is somewhat lighter than the rest of the flower and this spur is short, thick and slightly curved downwards. The bracts are short compared to the ovary. The leaves are corrugated and may have some purple-brown spots.
The orchids I have found were all located on more or less shady places between the bushes, but they also occur on sunny grasslands. 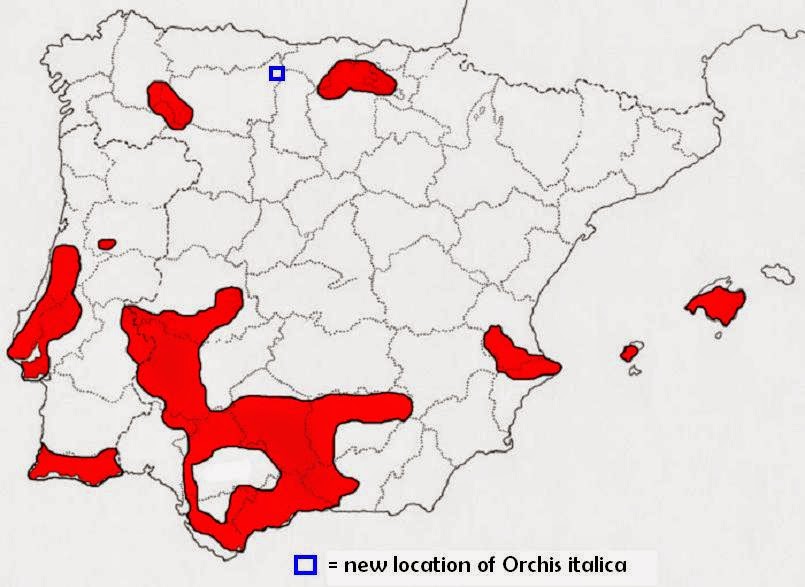 Distribution of the Orchis italica in Spain, adapted from a map taken from the excellent Spanish orchid site Orquídeas Ibéricas. The new location is indicated by the blue rectangle. 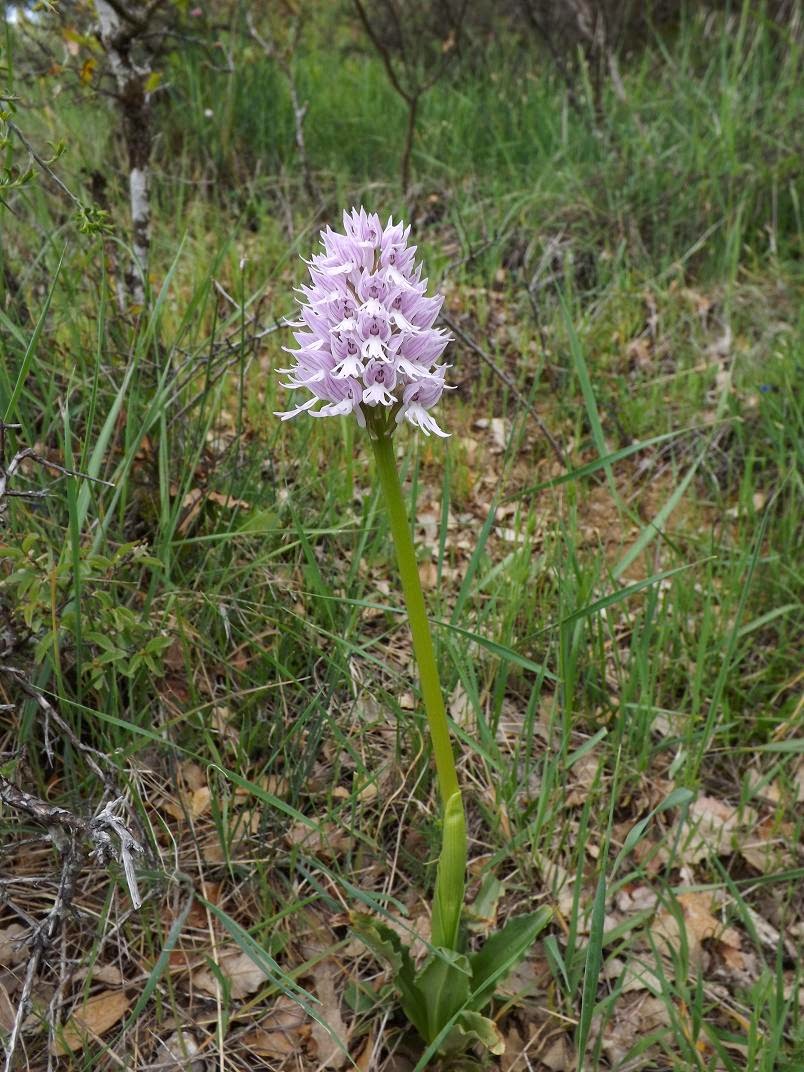 The first orchid some 2 weeks ago, at the end of May. 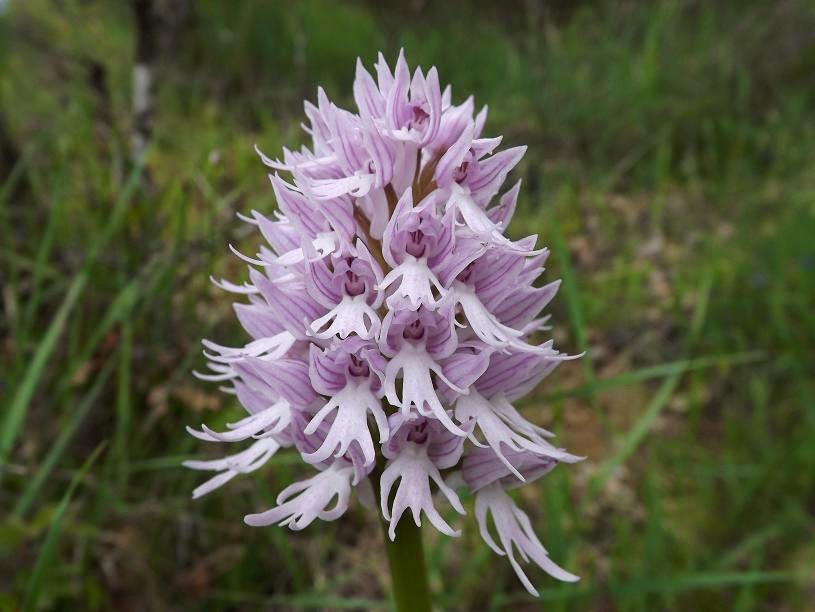 The inflorescence of the Orchis italica. 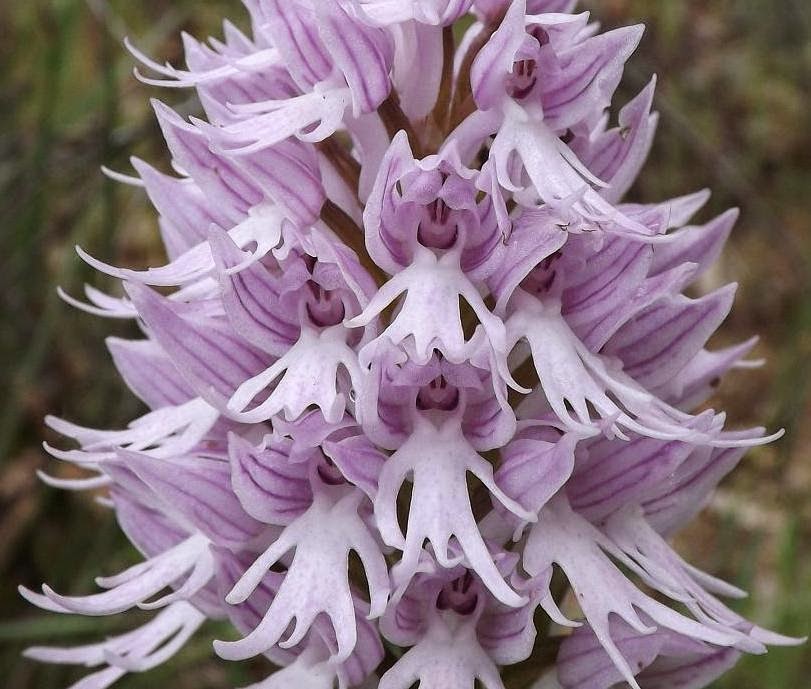 Part of the inflorescence of the naked man orchid. The flowers are very close together, which is typical. 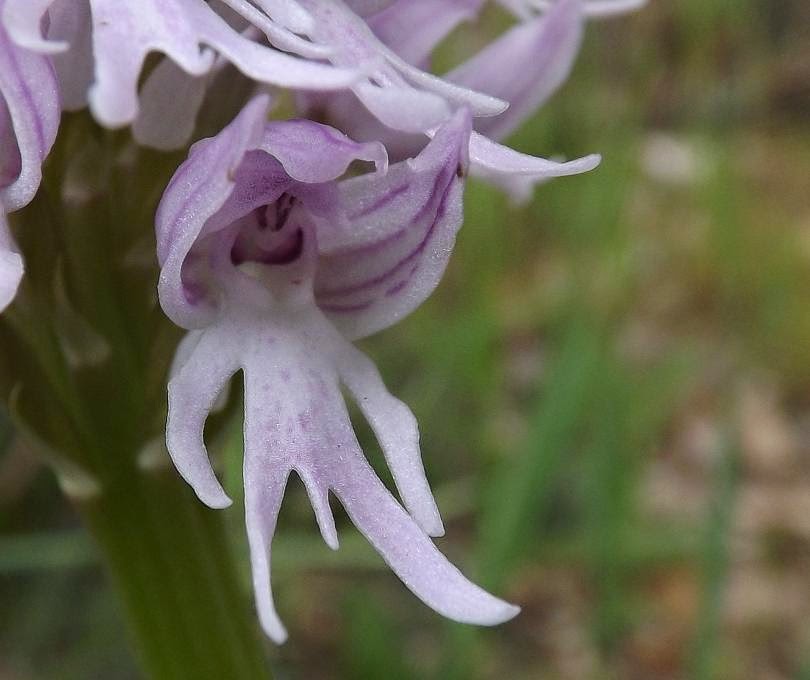 This photo shows a individual flower, you can imagine why it is called the naked man orchid. 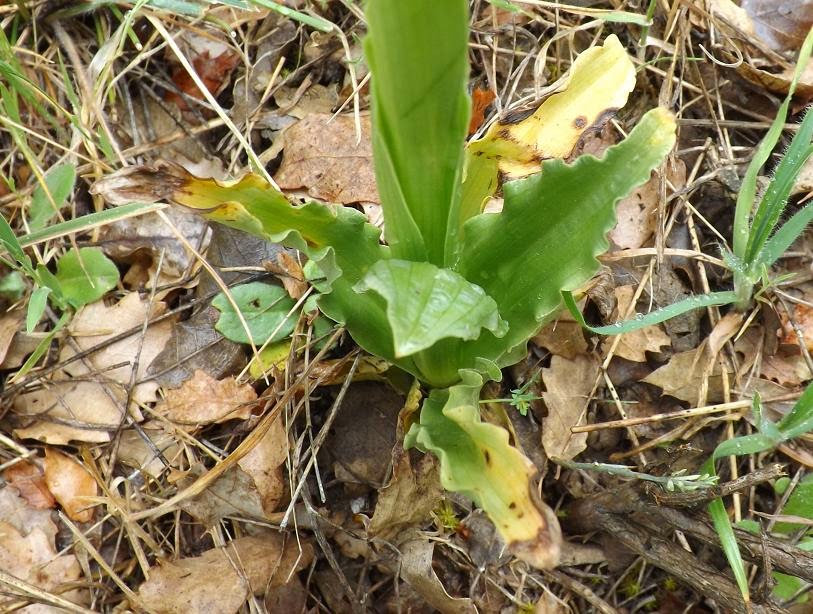 The corrugation of the leaves is very characteristic for this orchid. 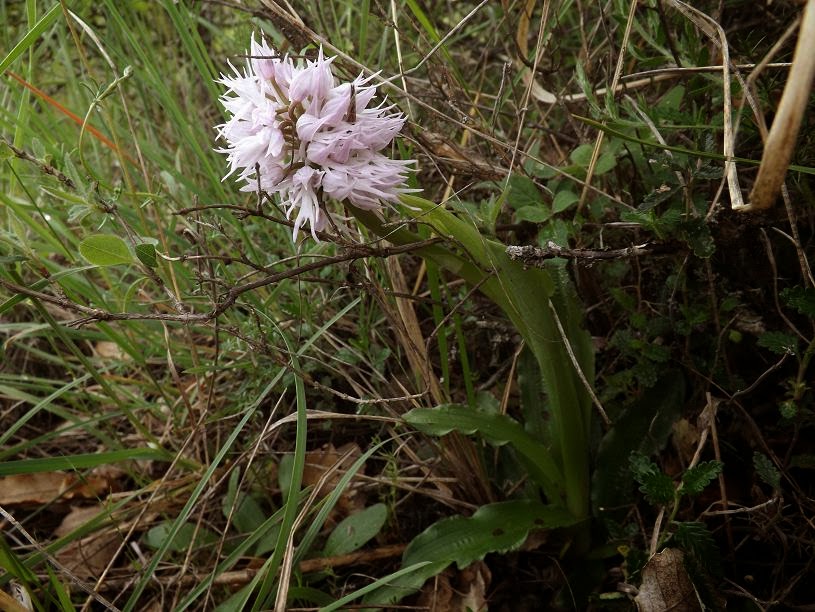 The second orchid is not far away from the first, but is very well hidden between the bushes. This one has some purple brownish spots. 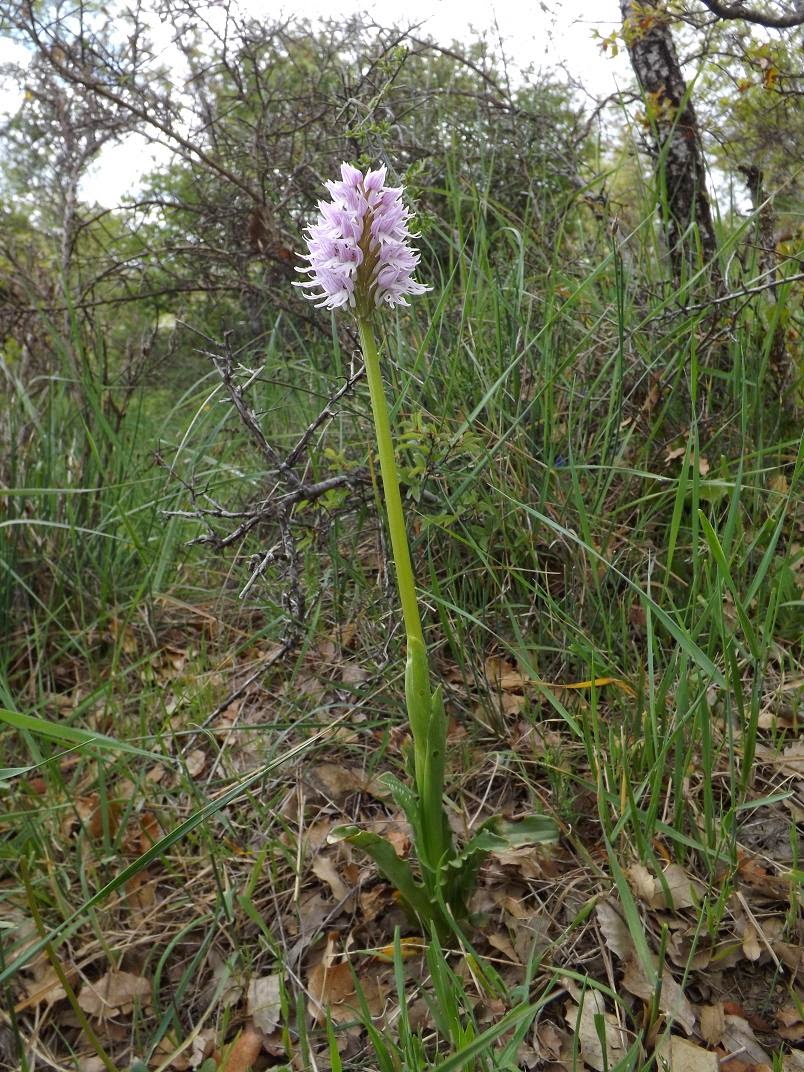 The first orchid from a different angle. 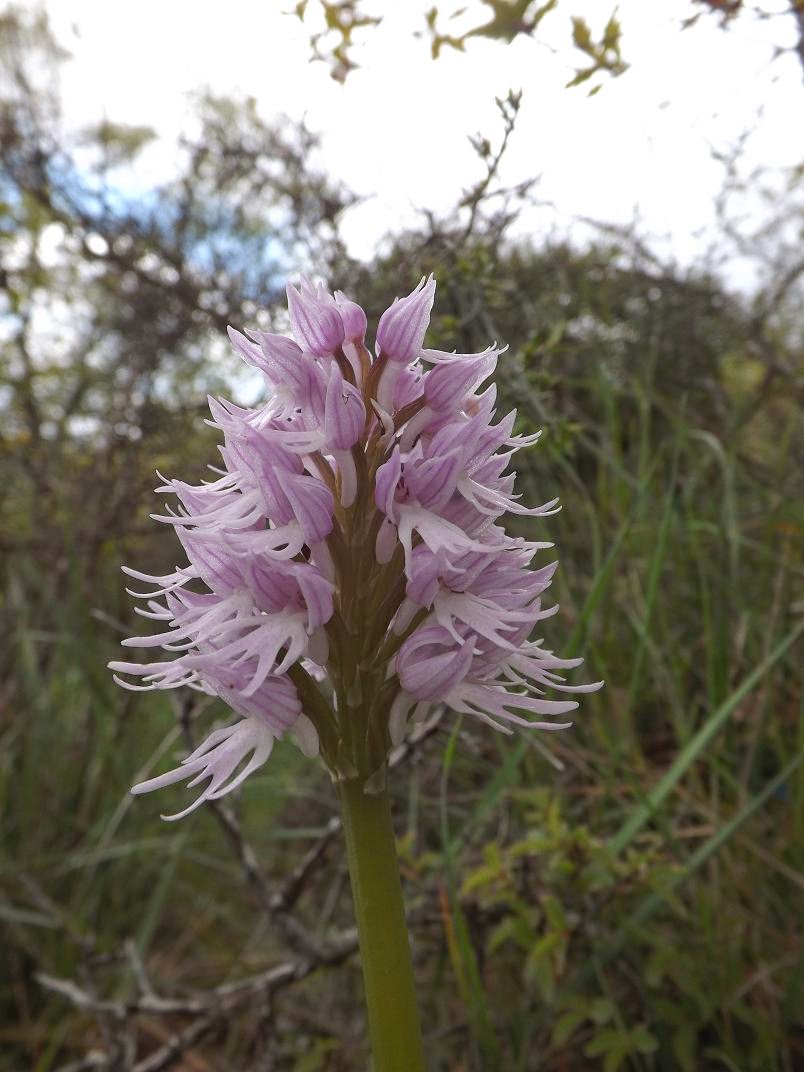 From this angle the small bracts and the short thick spurs are very good visible. 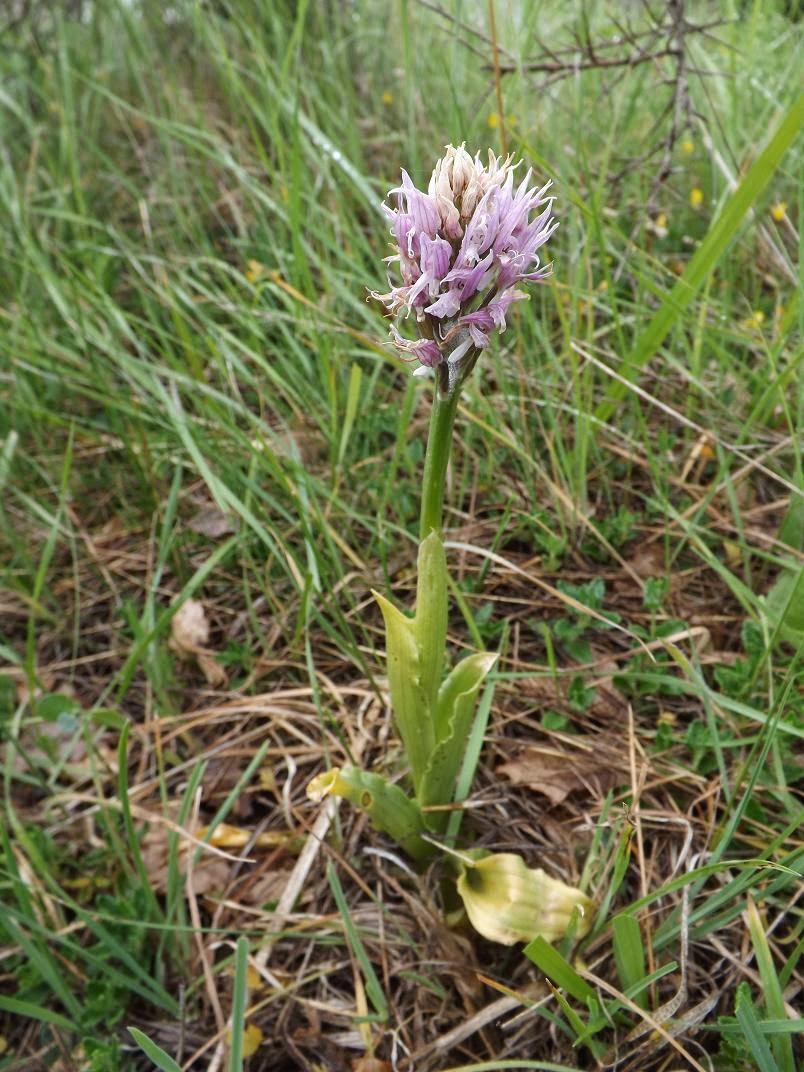 The third orchid was located on another spot, after a search of a long afternoon. 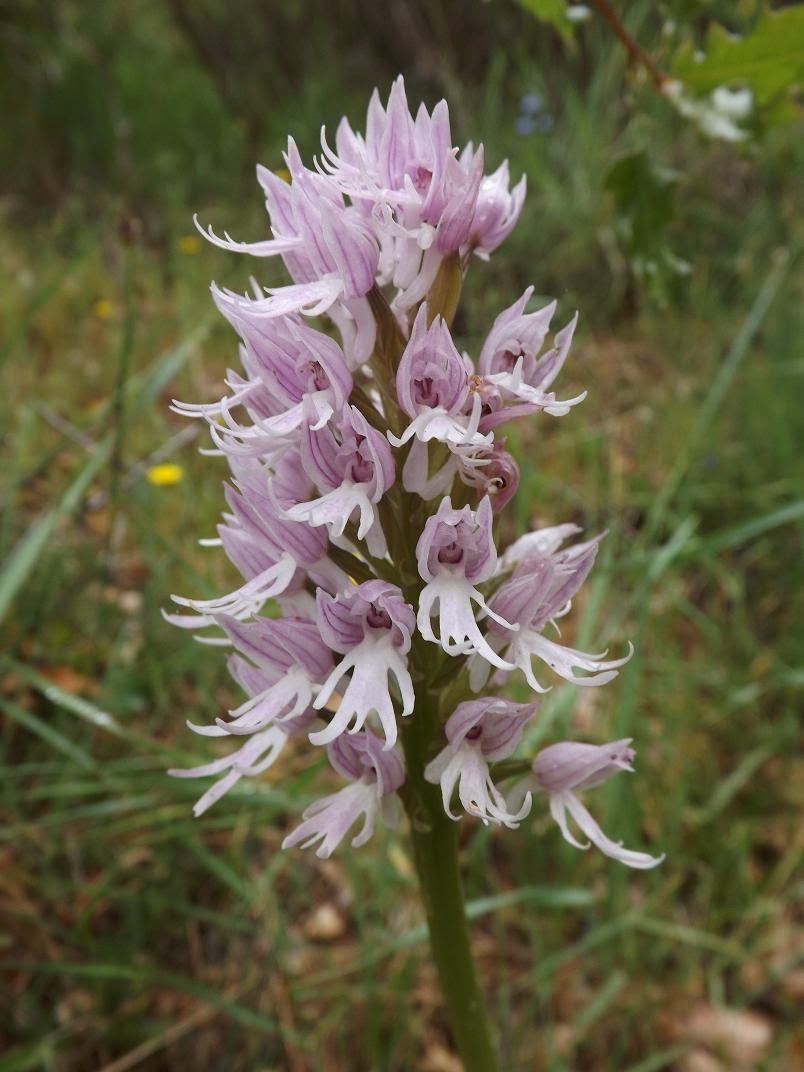 The first orchid some 10 days later, the spike has lengthened a bit and the flowers are not so very close together anymore. 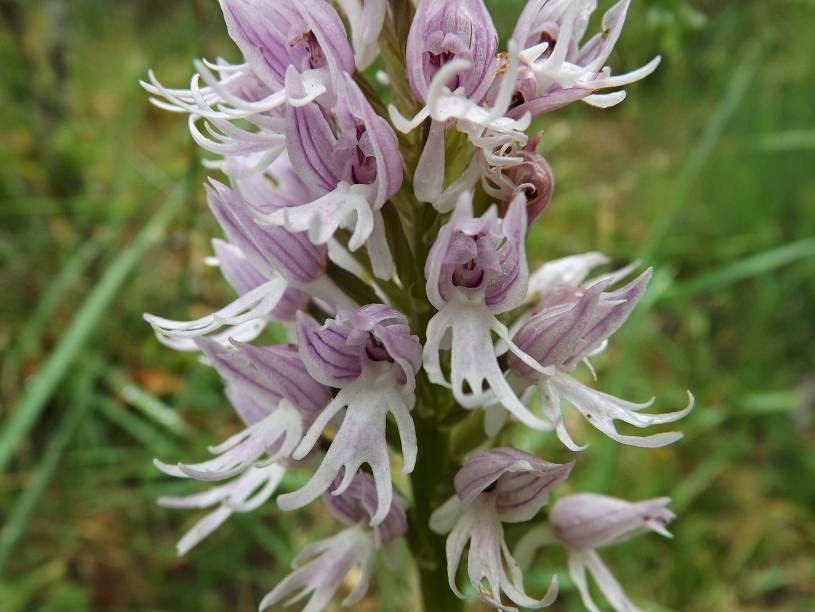 Part of the inflorescence 10 days later.

Posted by Marius van Heiningen at 12:19 AM