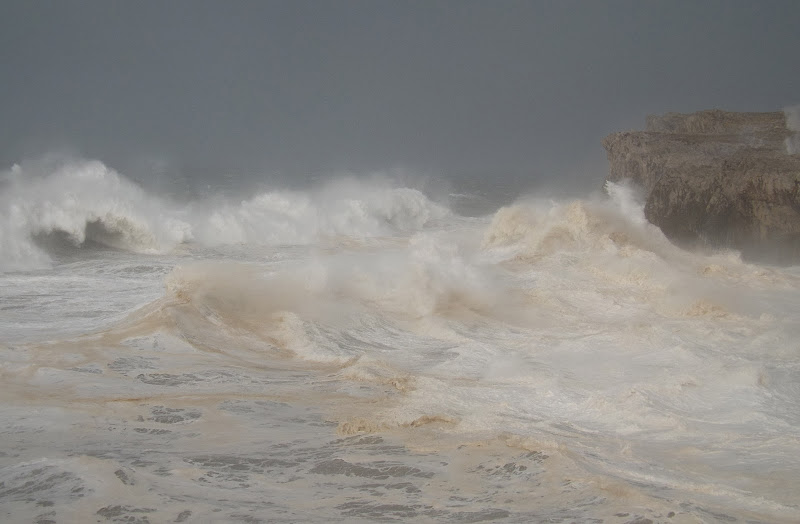 The video begins with smaller waves which arrived some 2 hours before the big waves. The big waves are filmed at  the bufones of Pría ", located on the coast of Asturias (Spain). At this point the coast consists of high limestone cliffs leading to a real "exploding" of the waves. At this site also exist lots of bufones (treated in previous posts). A bufon is a hole, crevice or even a small pothole that is connected to the bottom of the cliffs, allowing the waves to enter these holes with force and expelling the seawater in large fountains. On the video you can see many bufones, although this time they have been surpassed by the violence of the waves.

The video lasts about 7 minutes, but I think it is definitely worth the watch .

At the time 3:02 min of the video there is someone visible on the edge of the cliffs (at the left, contrasting with a wave), directly before a huge wave comes over the cliff. Eventually, that person was not hurt, although I have seen how he was beaten to the ground at least two times. The picture blow the video gives the exact place of this person on the cliff (in a red circle). 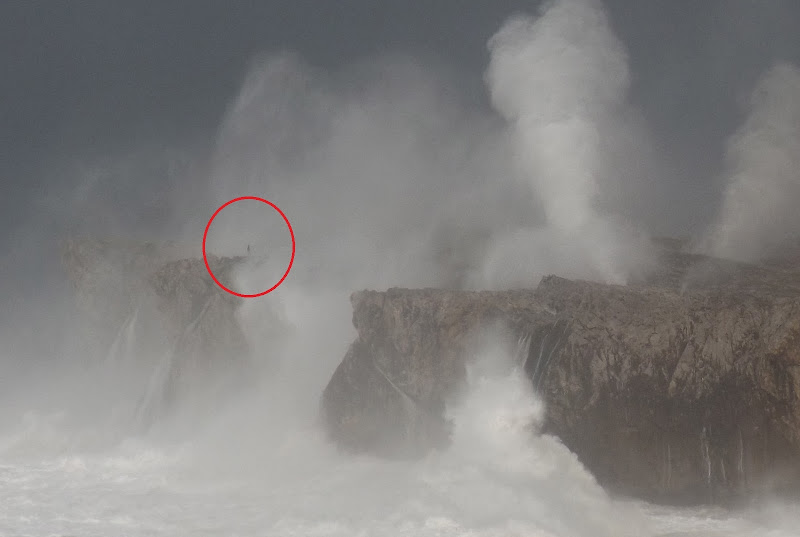 Daredevil on the edge of the cliffs, compare with the video at the time 3:02 min, just before a huge wave comes over it!