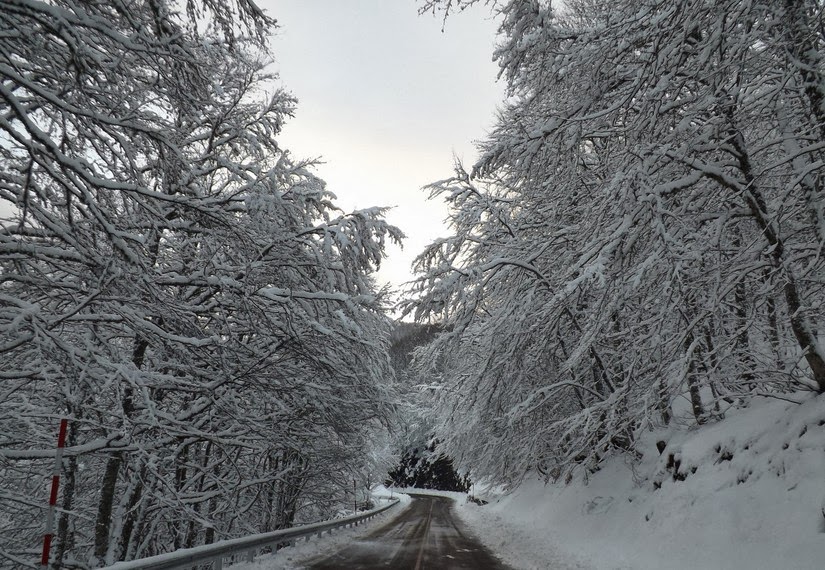 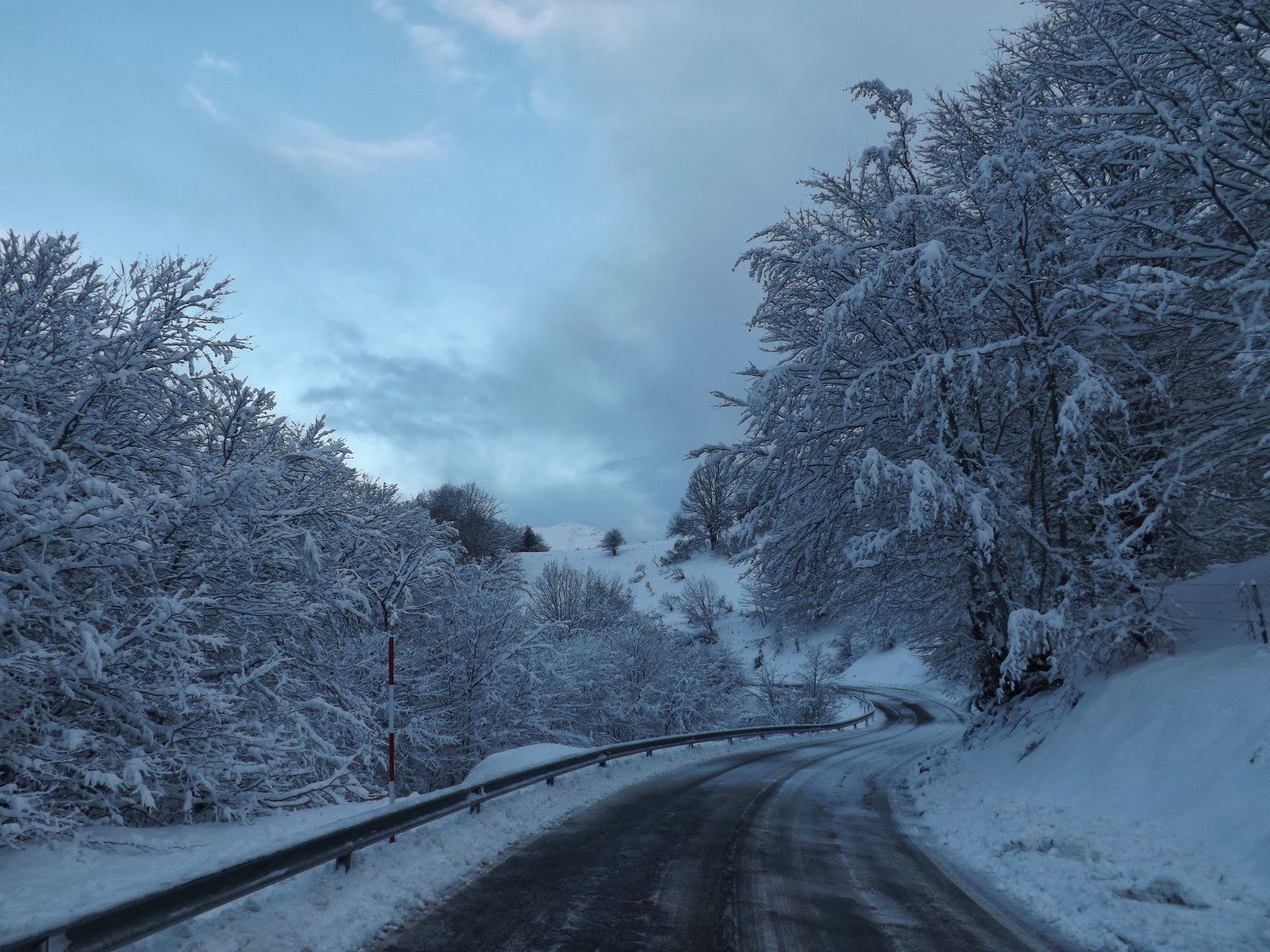 The day was just beginning. 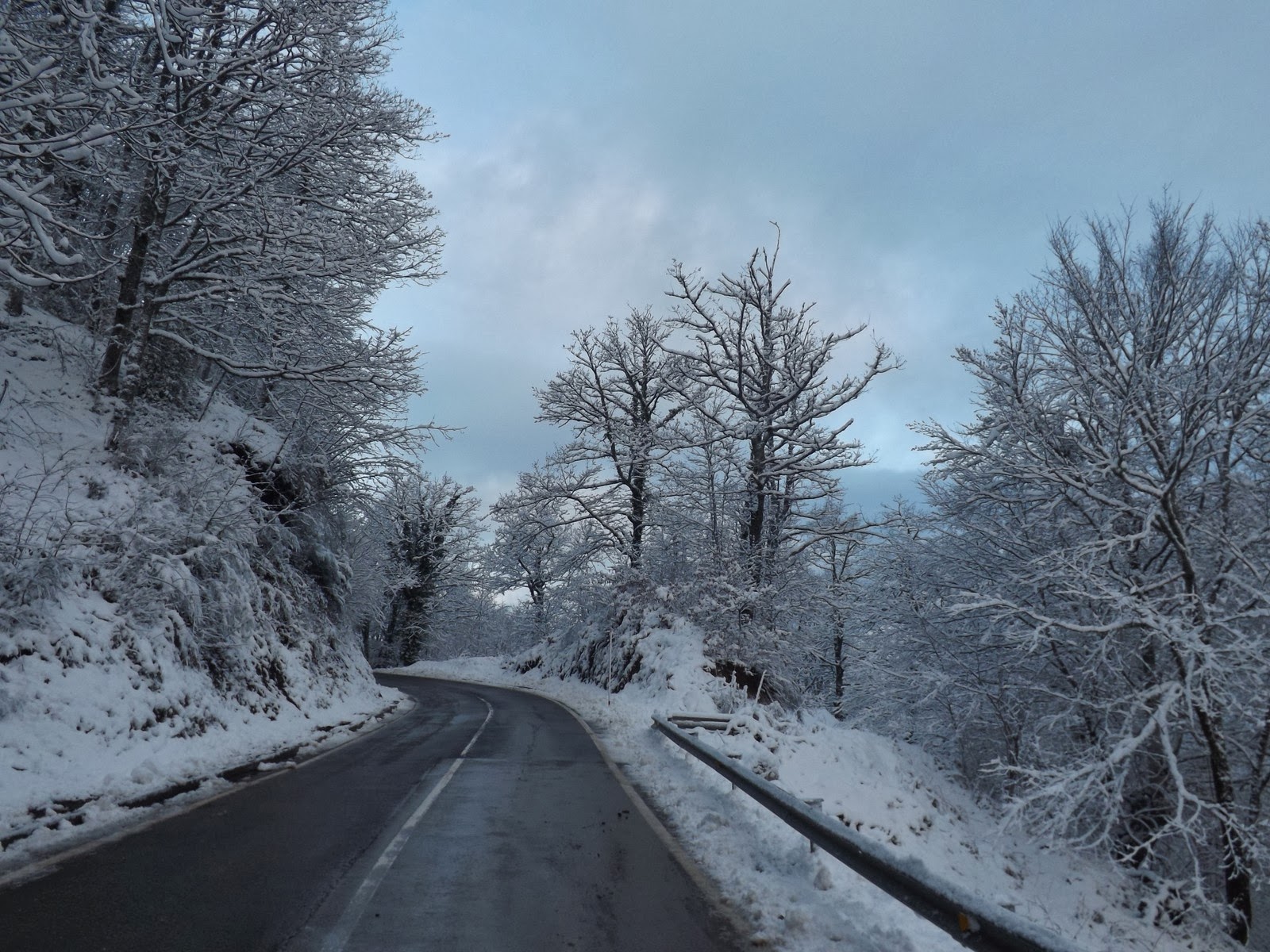 Look at the branches of these trees! 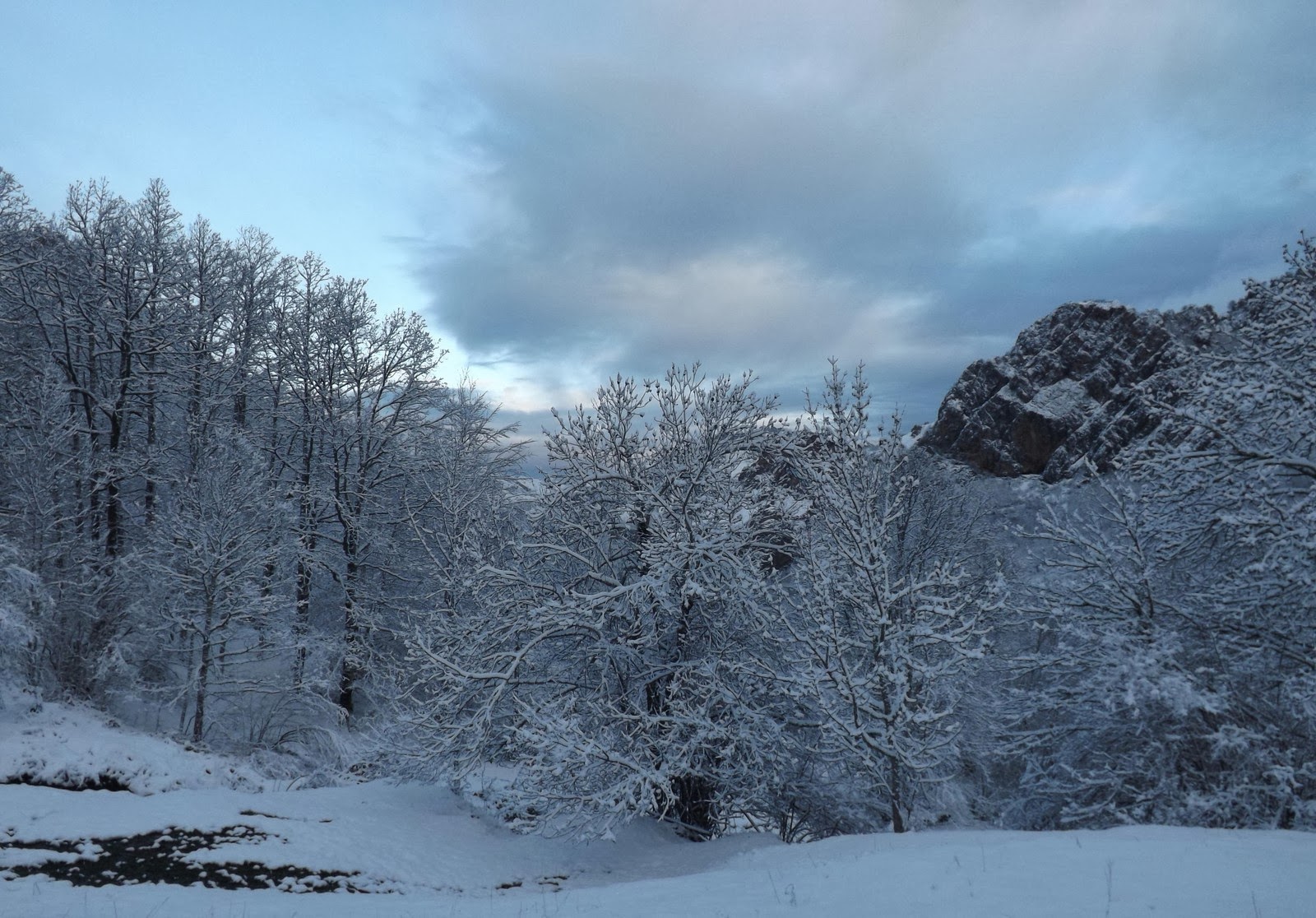 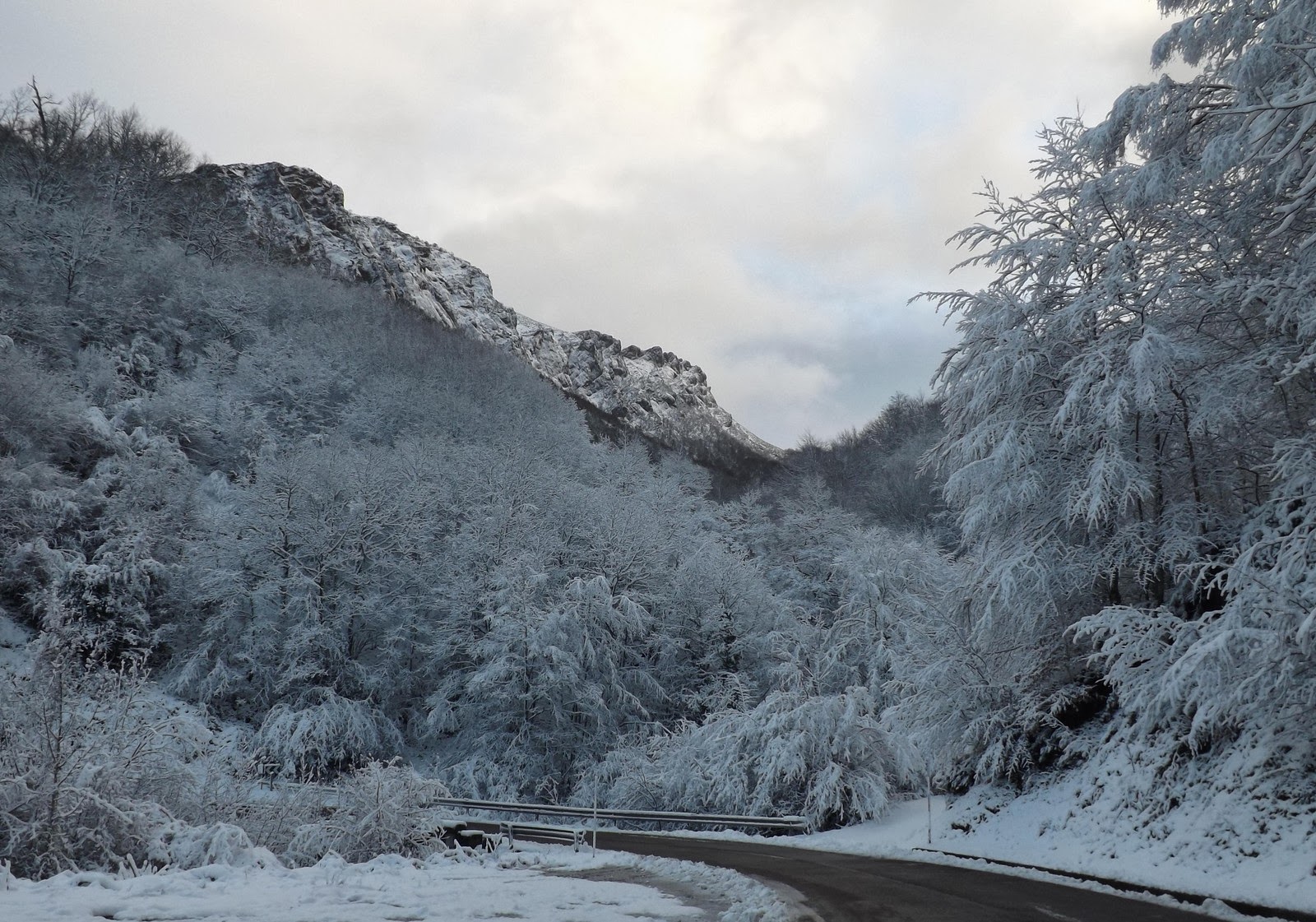 This is the view when looking back at the mountain pass El Pontón (1280 m). 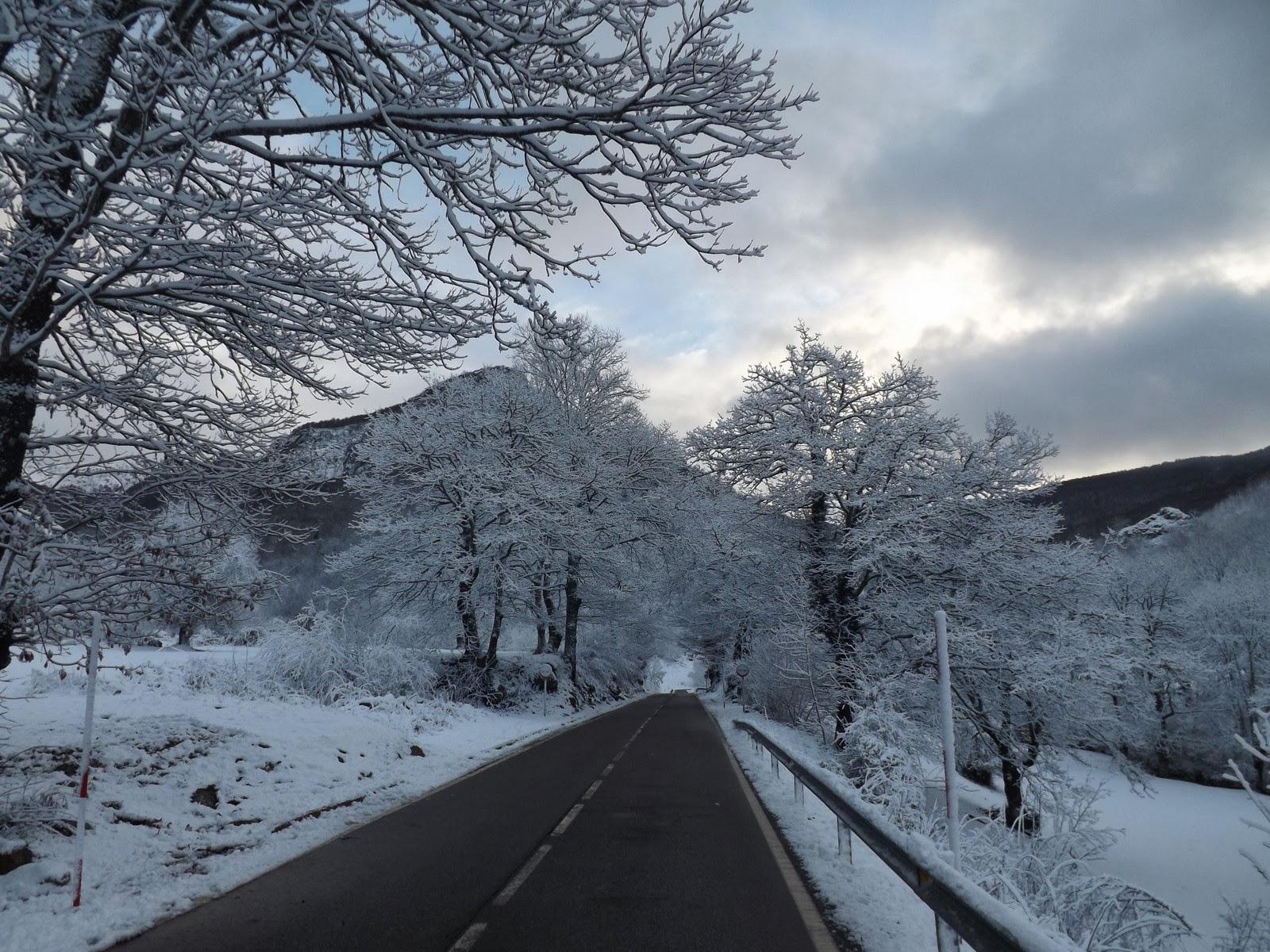 Just before the village of Oseja de Sajambre the road crosses a charming parkland........ 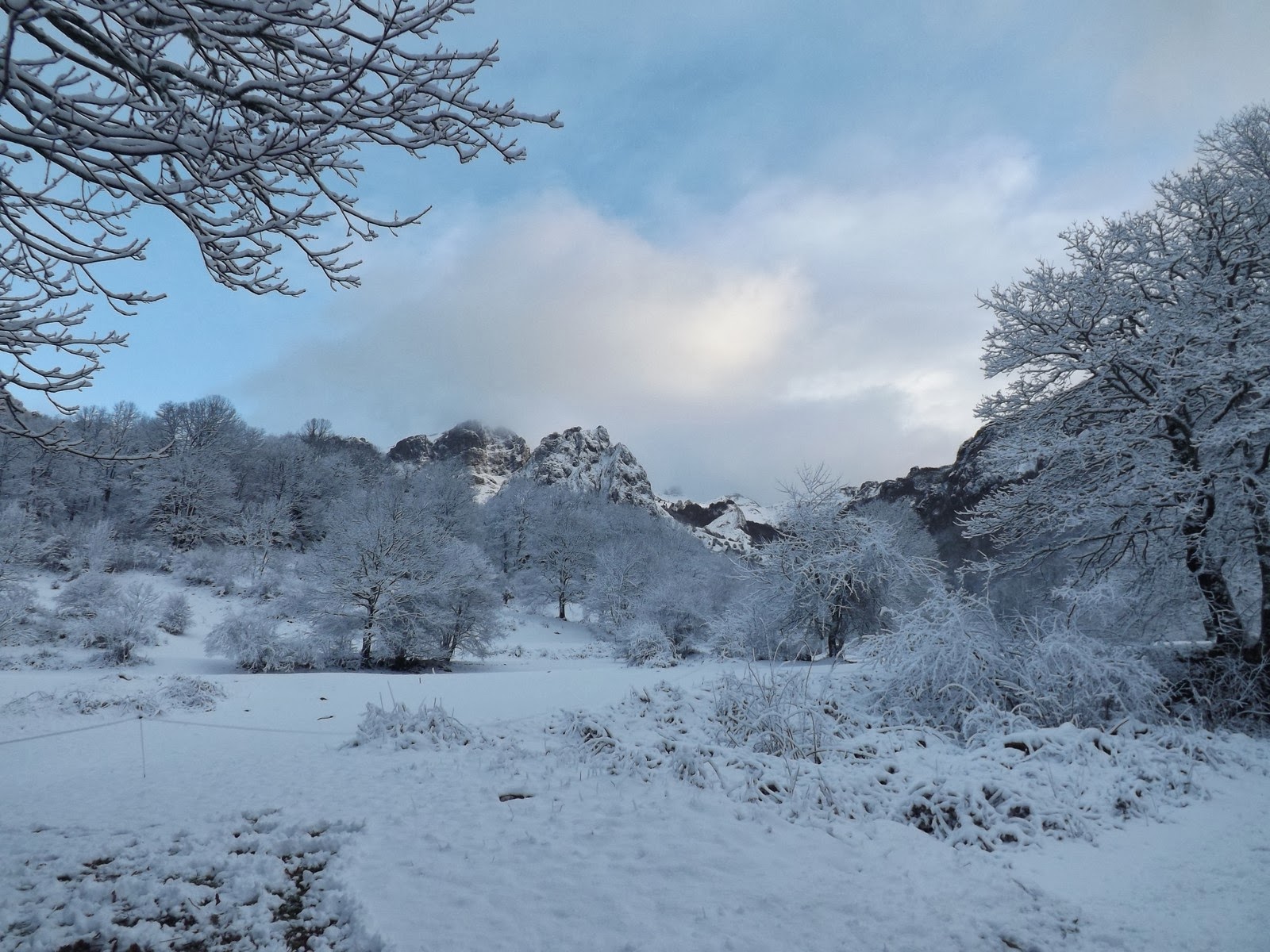 ......where the trees are standing solitary or together in small groups in a mountain meadow. 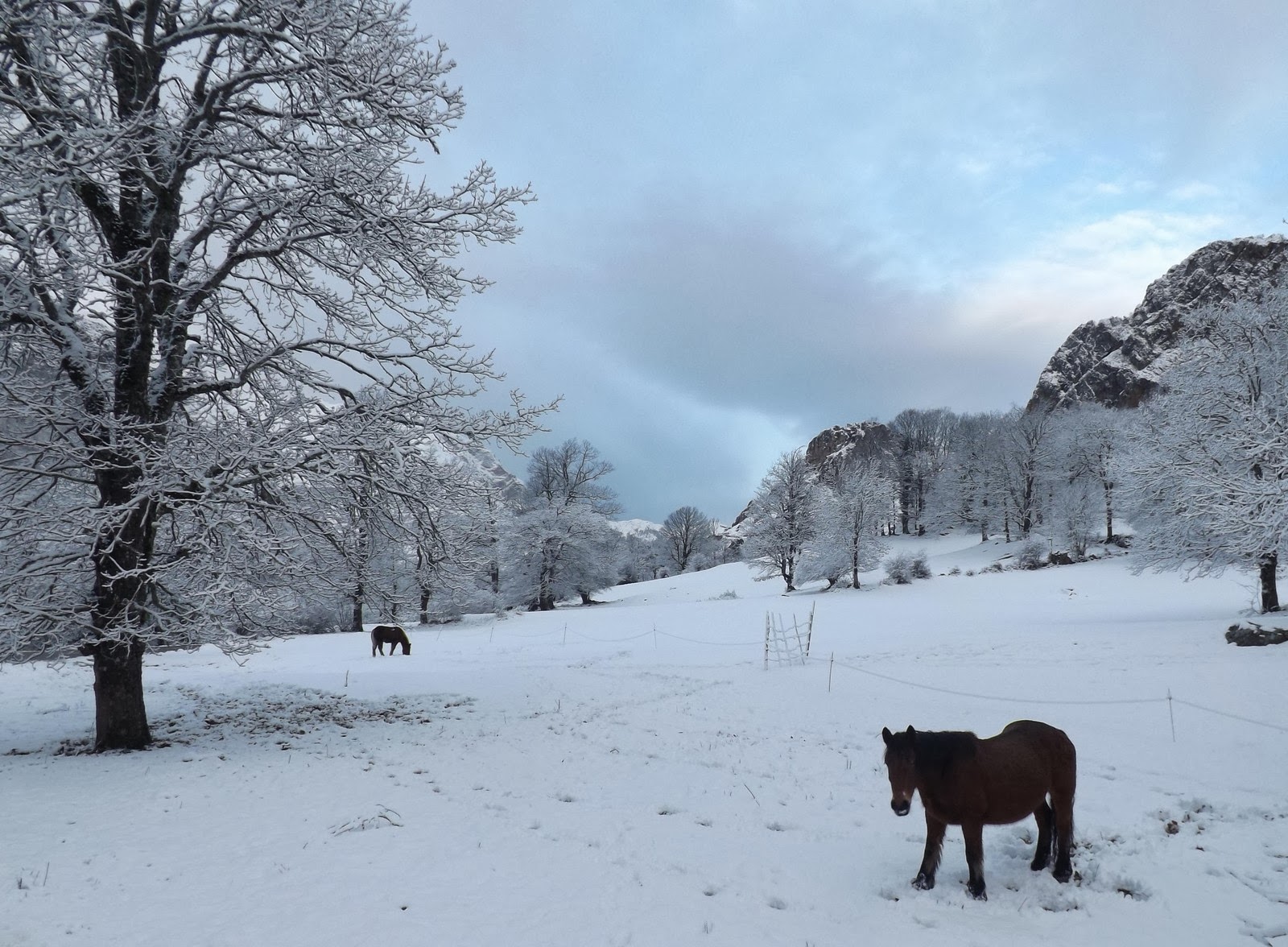 These littles horses are clearly on the wrong side of the fence, because when this picture was taken  I was standing on the road. 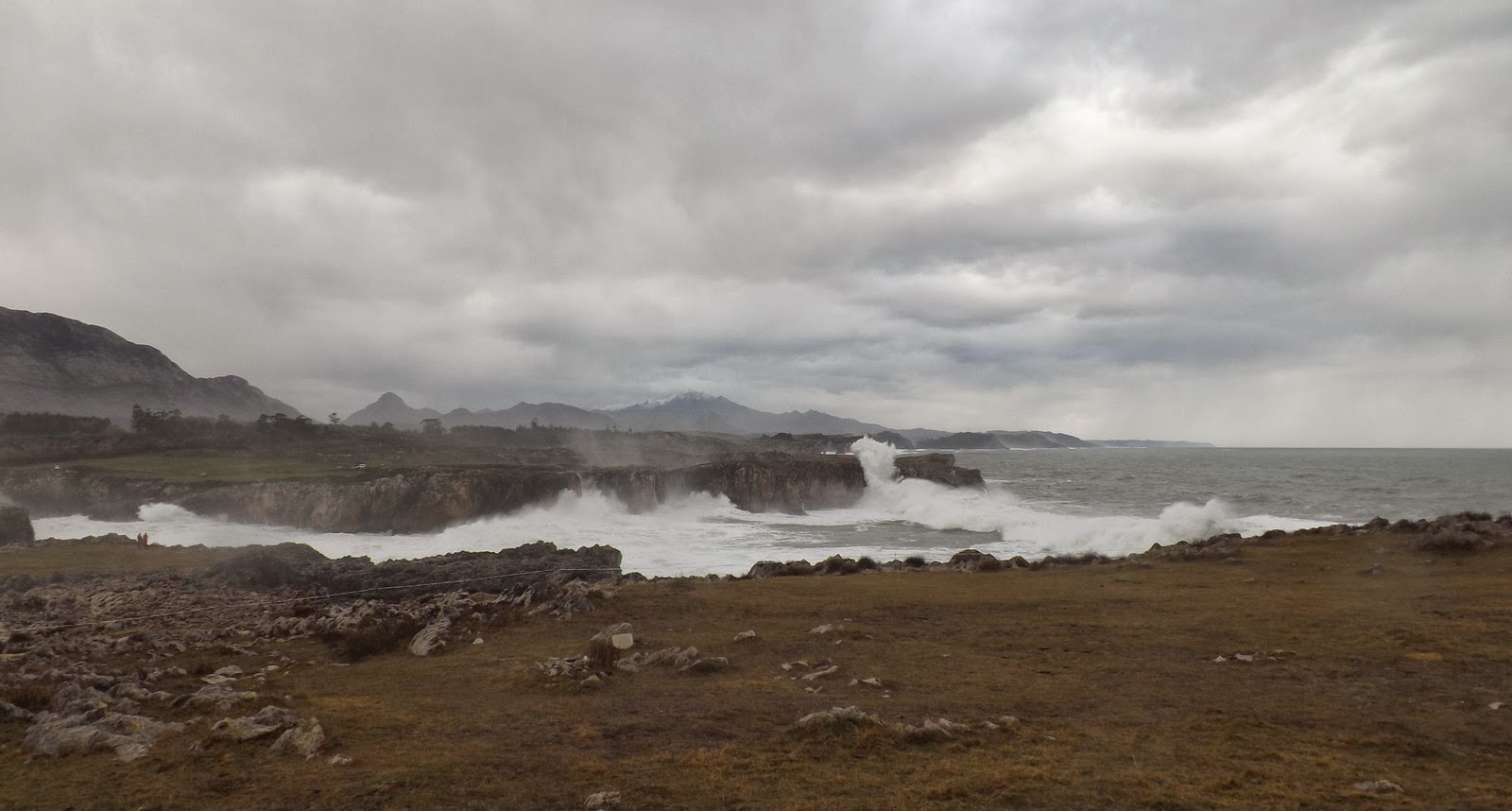 An hour later we had reached the sea, where the waves were beating the 25 meter high cliffs. 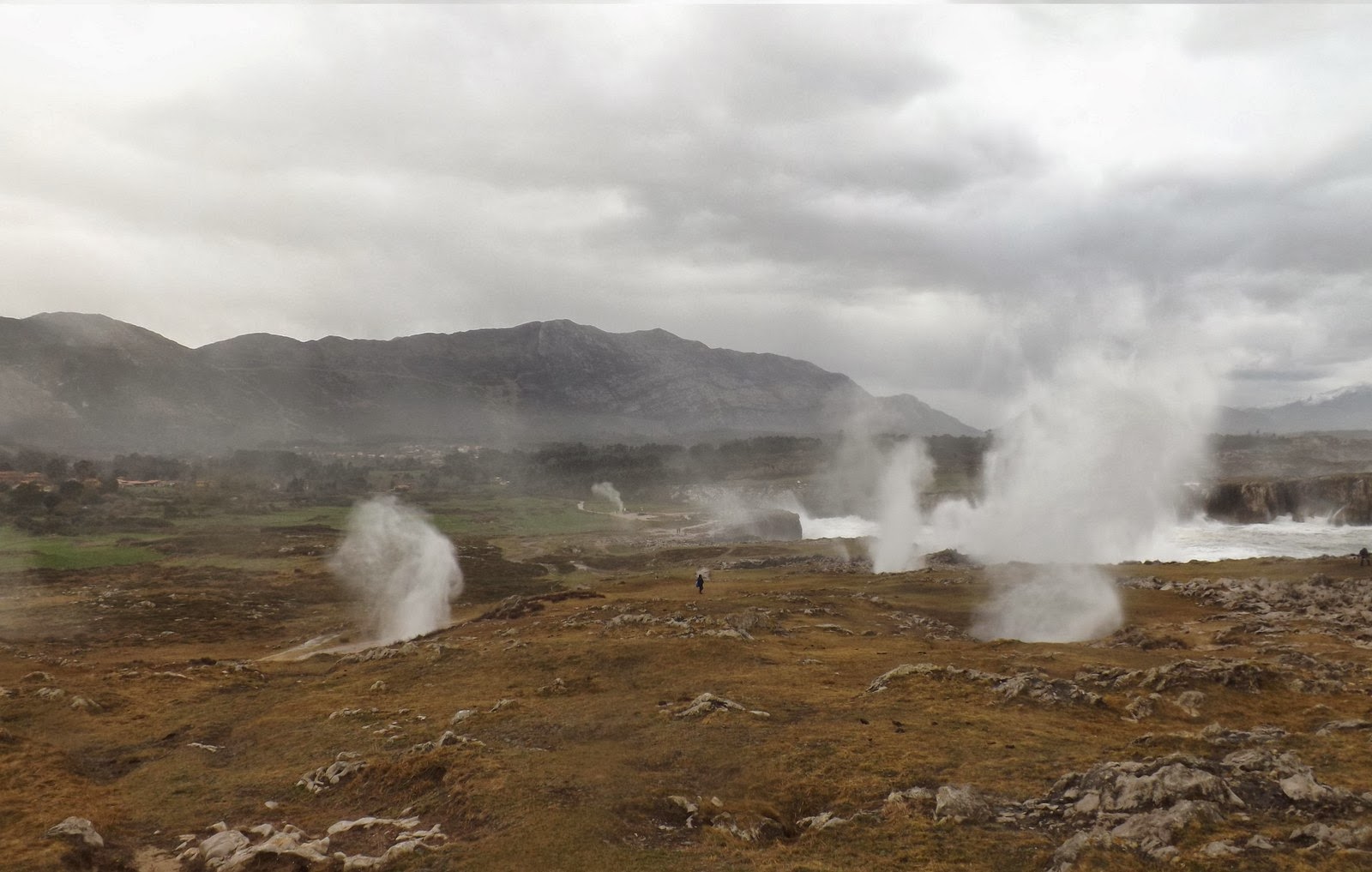 Some of the bufones in full action. The water spray is under high pressure, sometimes followed by a big splash of water. For the size of the fountains: compare the person standing in the middle of the picture!!