Photos of some wild orchids found in León (Cantabrian Mountains). 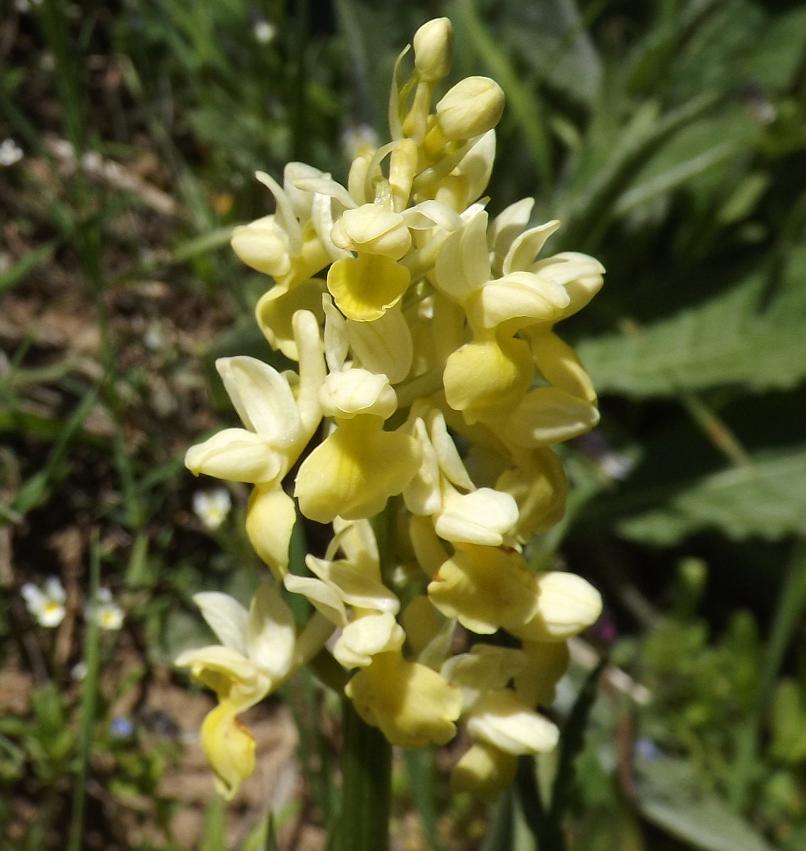 Photos of some wild orchids found in the province of León (Spain).

In Spain, the Cantabrian Mountains (Cordillera Cantábrica) are widely known for its rugged and unspoiled nature and its great abundance of animals and plants. Some of the most emblematic animals are: the brown bear, the wolf, the capercaillie, the golden eagle, the griffon vulture, and  the bearded vulture, which has returned three years ago. Also the recollection of medicinal herbs and herbs for the kitchen is a centuries-old habit.
Less known is the great wealth of wild orchids. In a recently completed study, conducted in a relatively small part of the Cantabrian Mountains (in the province of León) by J.M. Diez Santos, no fewer than 55 species and 10 hybrids have been determined.
Since the wild orchids are my favorite plants, they will certainly feature prominently in this blog about the nature of the Cantabrian Mountains.

In the world of plants the names can be very confusing. Some plants have many names, depending on the area, country or language. The scientists tried to solve this problem long ago by using scientific Latin names. However, because the name was linked to the description (also in Latin), these names were often very long and often had to be changed. Linnaeus (1753) was the first researcher to use systematically the binomial nomenclature, where the first name indicates the genus and the second name the species level. This was a huge improvement, especially in combination with the increasing standardization of recent years, which is very necessary because  many researchers gave  different Latin names to the same species. However, and especially true for the orchids, recently there have been several changes of name, due to new research in the field of genetics. This blog uses the Latin name, accompanied by the English name, if it exists.

Data on rarity of the species have been obtained  from the "Vascular Plant Red Data List for Great Britain”.
And finally, we will show some examples of the many species of orchids which can be found around the village of Cistierna, situated in the northeastern part of the province of León (which belongs to the southern Cantabrian Mountains). 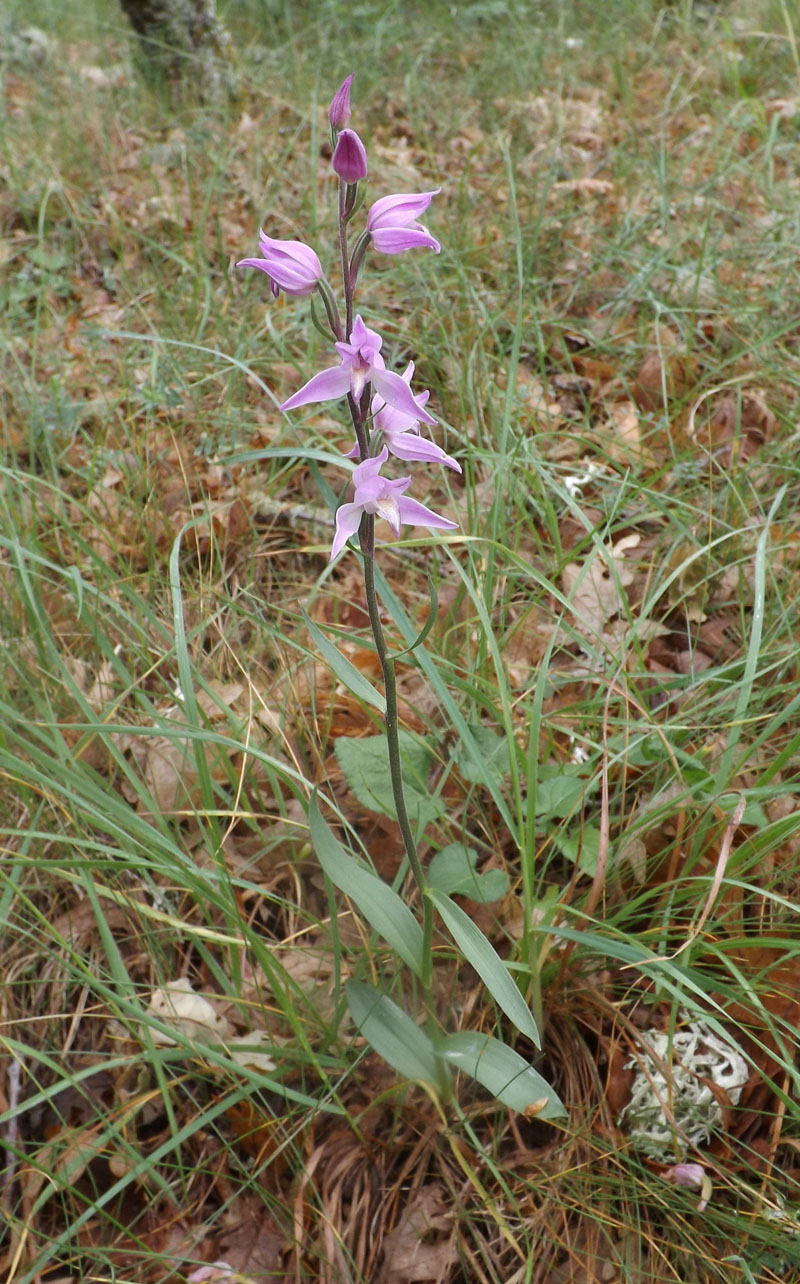 Cephalanthera rubra, the Red Helleborine. This species is critically endangered and a very rare plant in Great Britain. 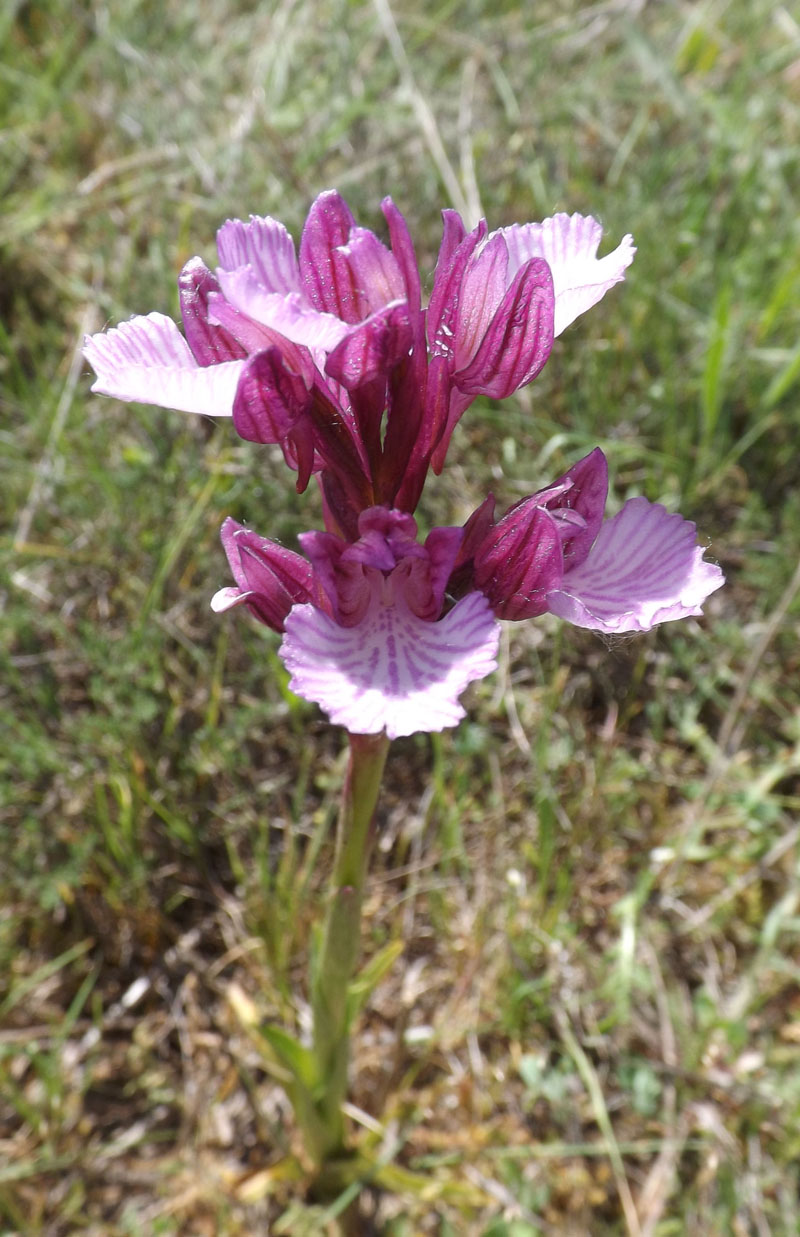 Orchis (Anacamptis) papilionacea, the Butterfly Orchid. This species occurs in the Mediterranean area. 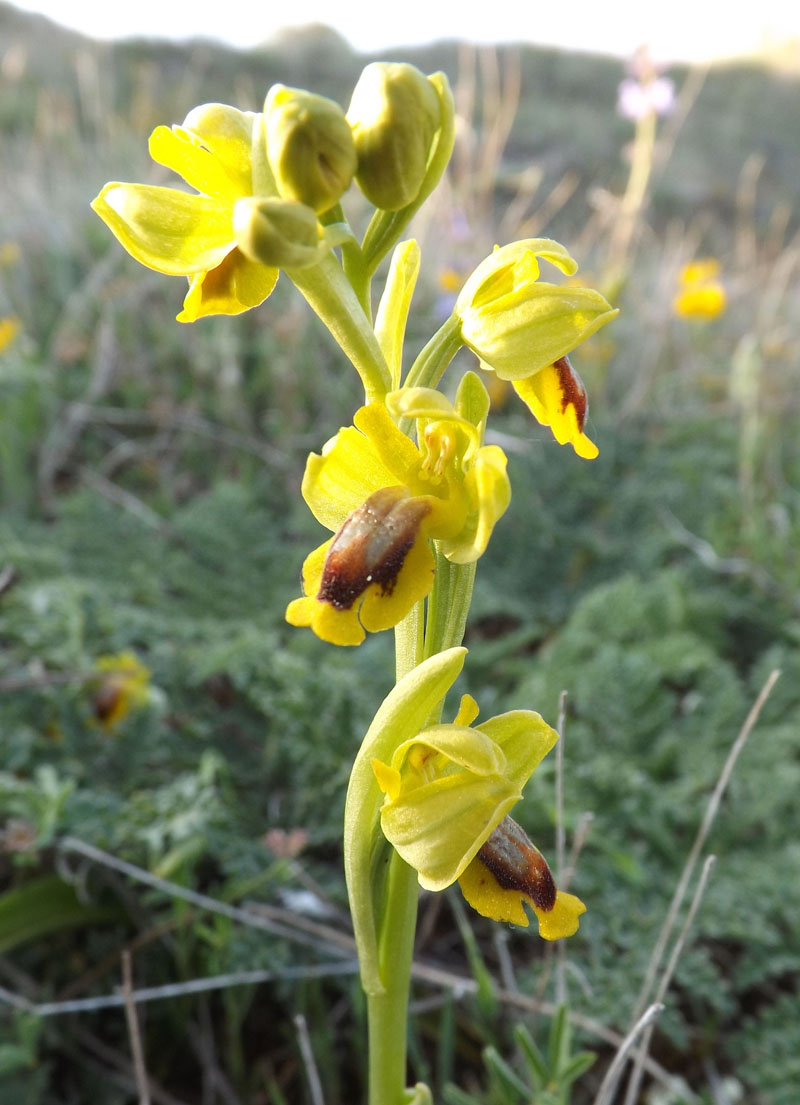 Ohrys lutea, the Yellow Ophrys. Widely distributed in the Mediterranean area and in Atlantic regions of southern Europe, as far as the Charente in the the north-west (wikipedia). 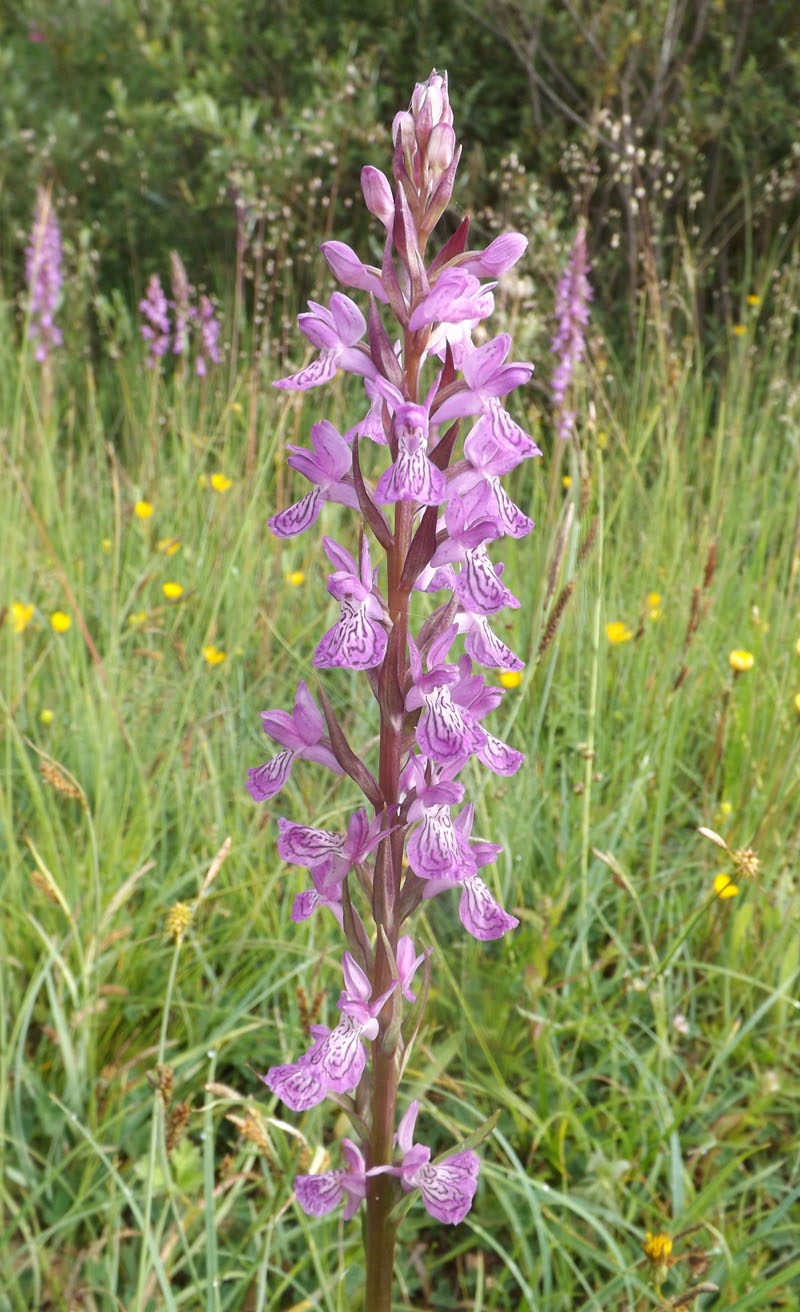 Dactylorhiza elata, the  Stately dactylorhiza, occurs in the western Mediterranean area. This species is fairly common in the southern Cantabrian Mountains, although according to Wikipedia this orchid is quite rare. 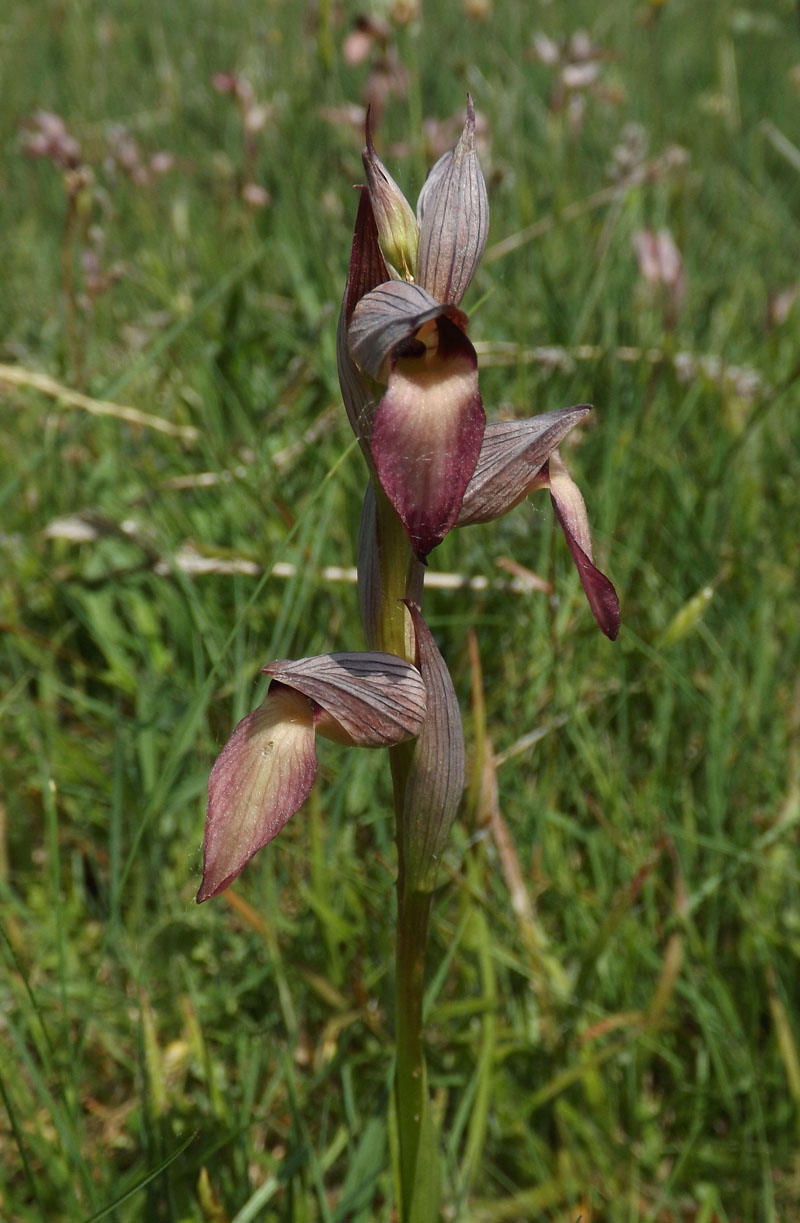 Serapias lingua, the Tongue Orchid. Also this orchid is only found in the mediterranean area. 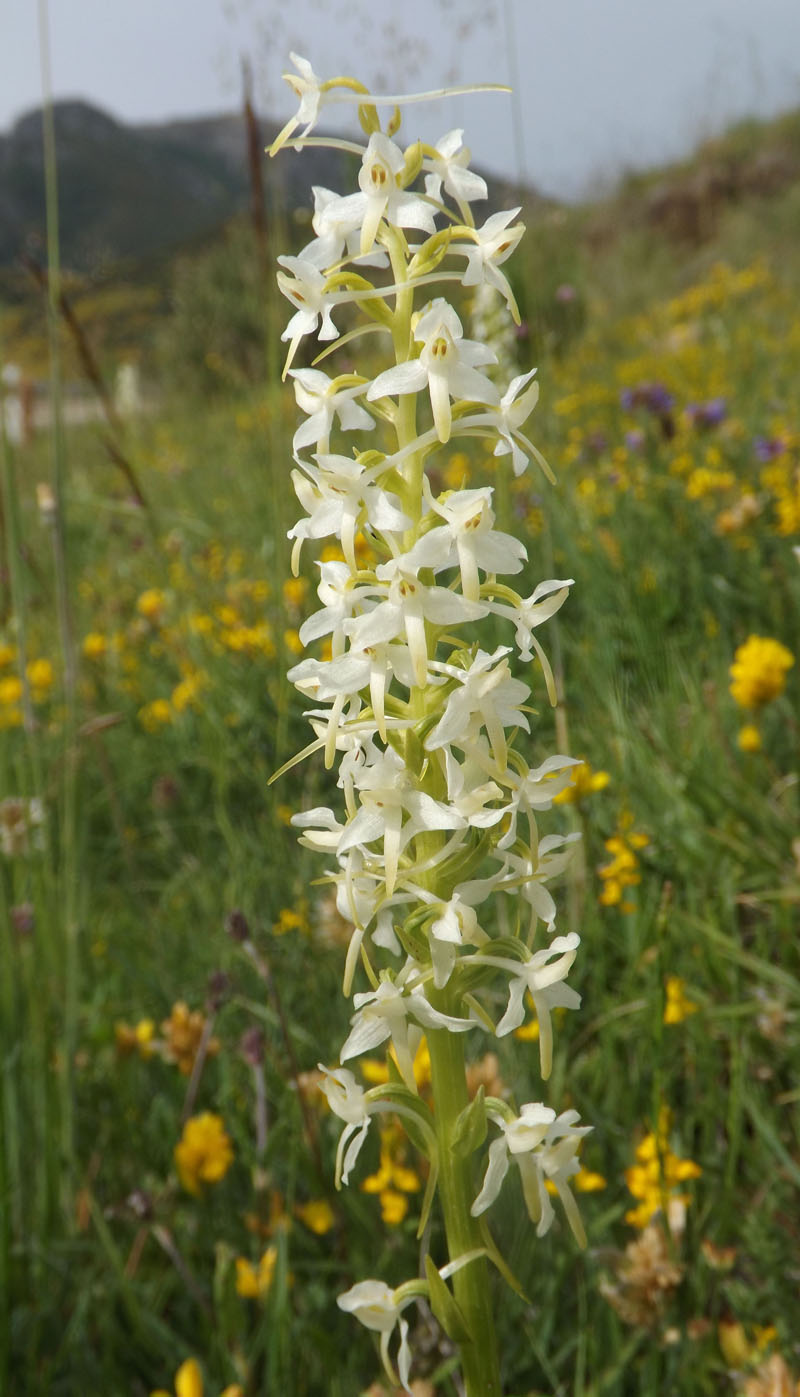 Platanthera bifolia, the Lesser Butterfly Orchid, which is listed in the UK as vulnerable. 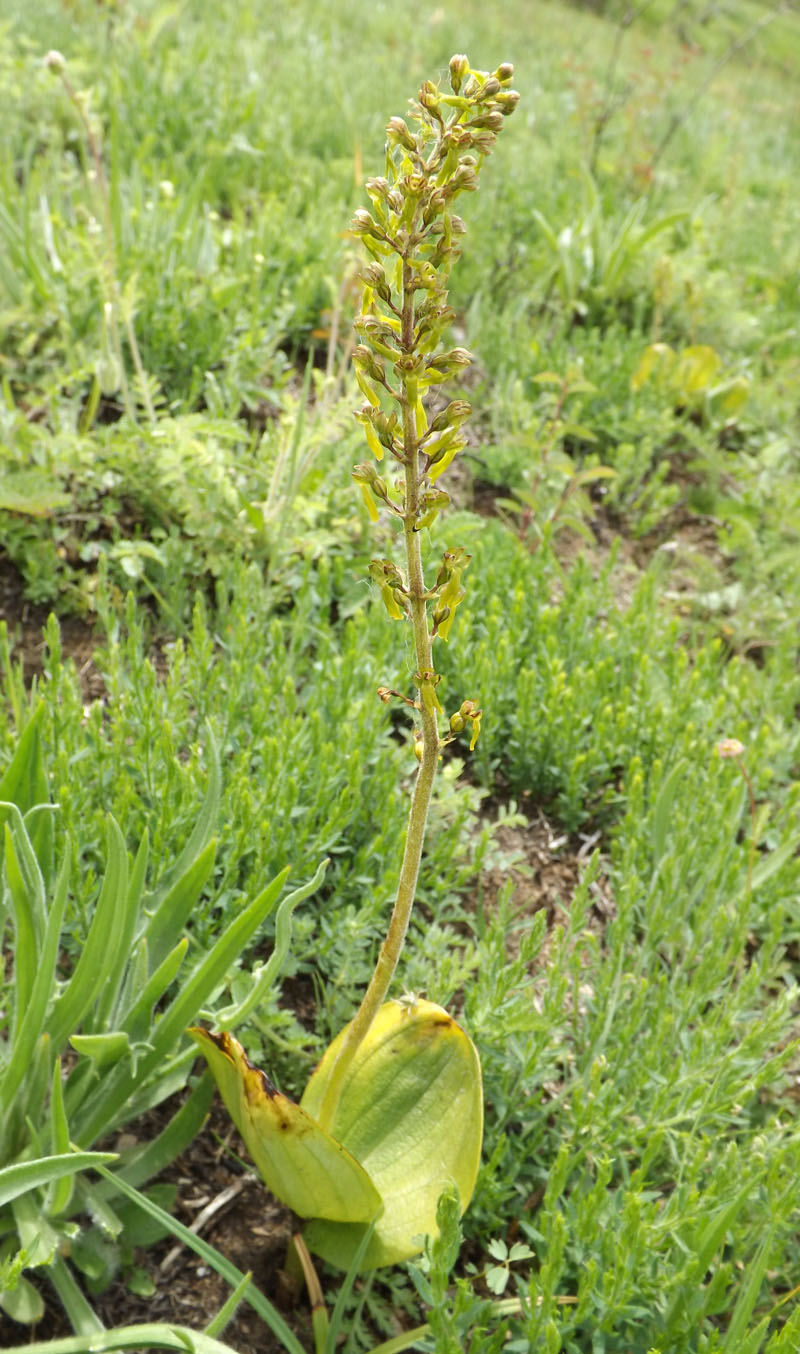 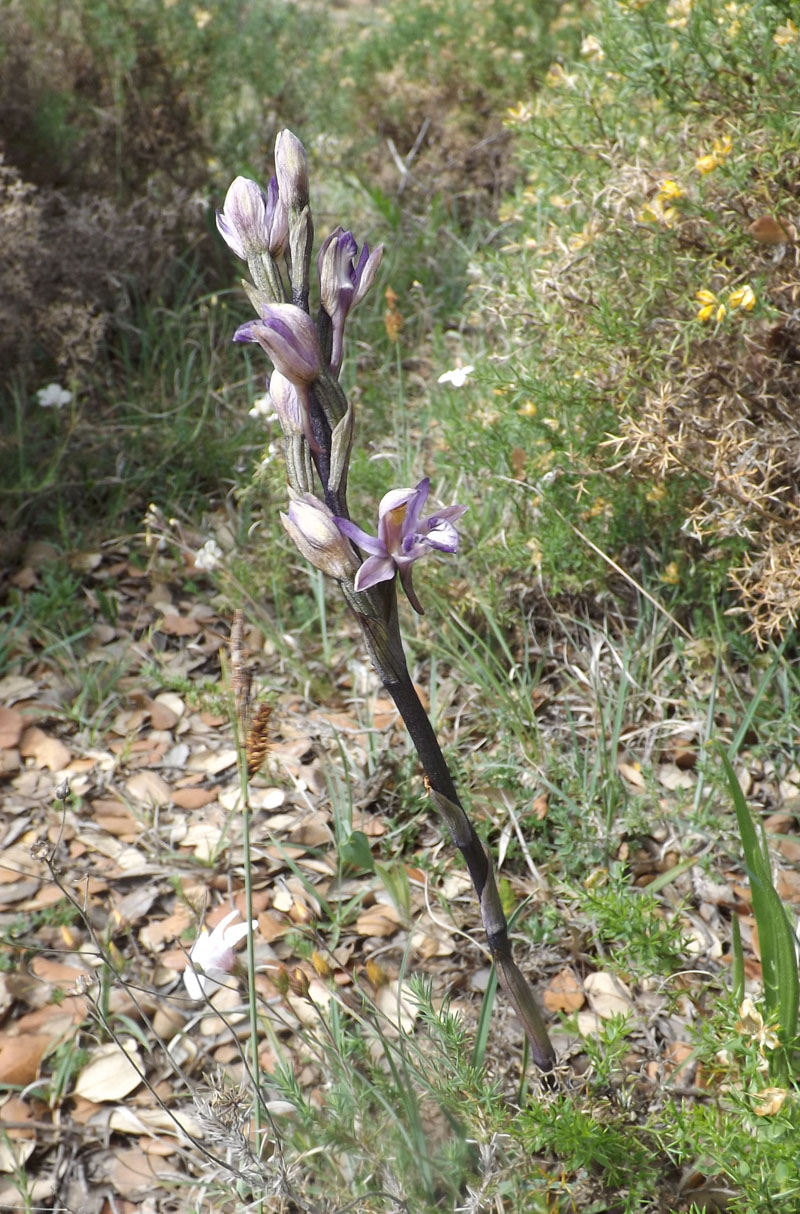 Limodorum abortivum, the Violet Limodore. This orchid is native to central and eastern Europe, western Asia and the Mediterranean area. 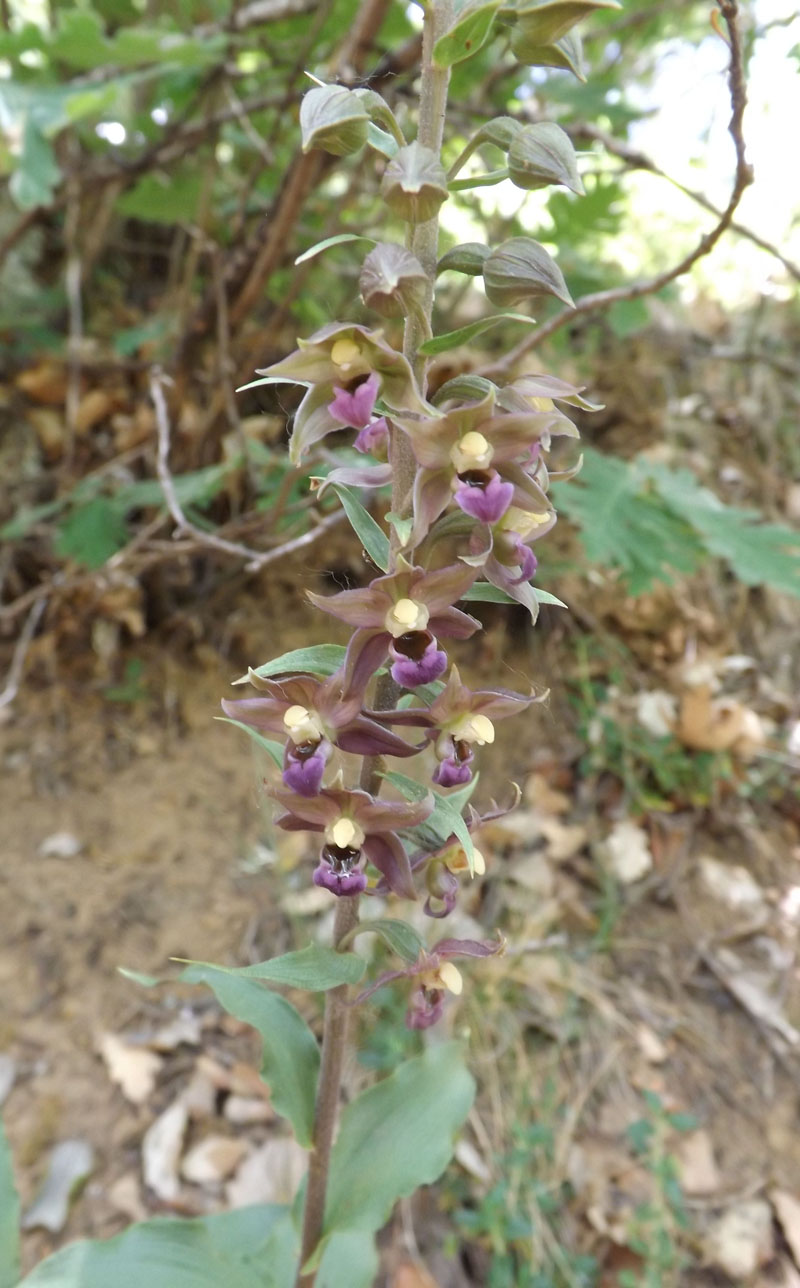 Epipactus tremolsii (Epipactus helleborine ssp tremolsii). It is not quite clear if the name is correct, or considered a synoym or even a subspecies. It is native to the western mediterranean area and North Africa. 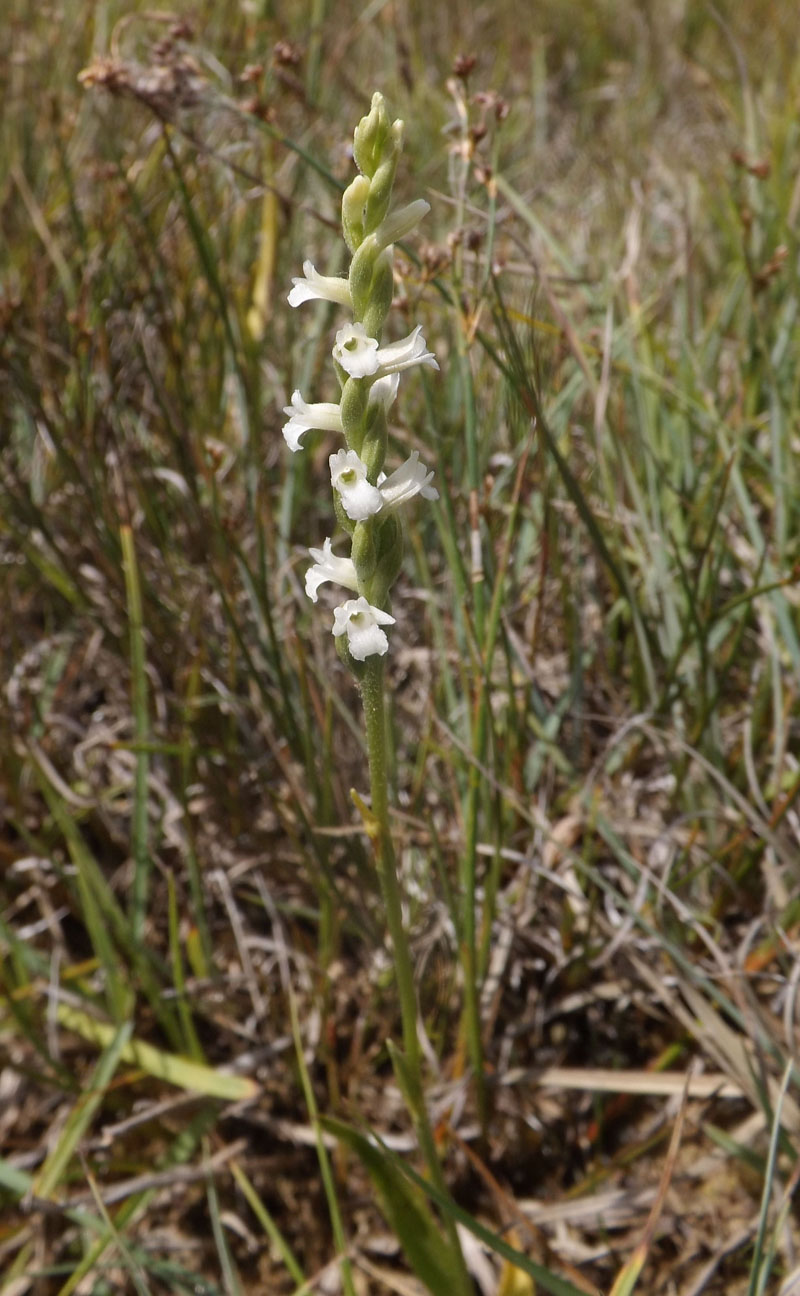 Spiranthis aestivalis, Summer Lady´s tresses, which is unfortunately extinct in the United Kingdom.