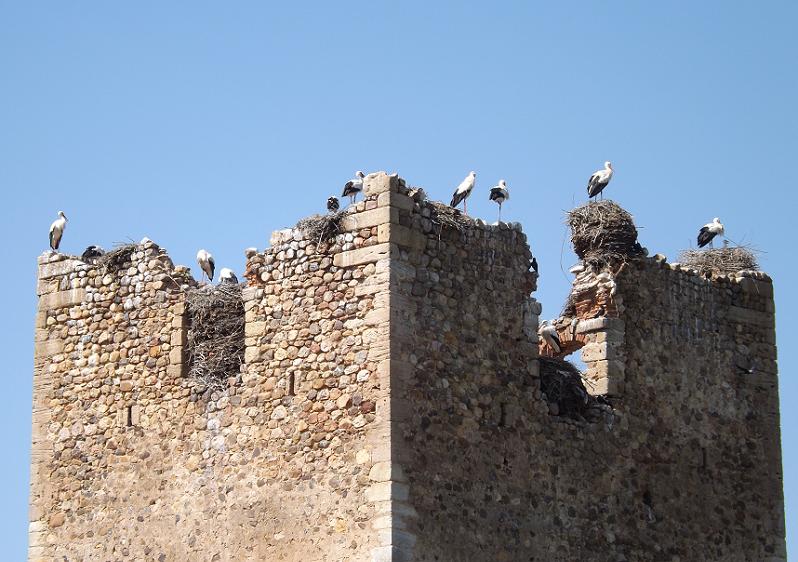 I think everybody knows the White Stork, a large white bird with black wings, which builds enormous nests on buildings, electricity masts and trees. And “large” isn´t exaggerated if you look at its dimensions: a standing height of 100 - 125 cm and a maximum wingspan of 215 cm. When I still lived in the Netherlands I remember that the White Stork was one of the most popular birds and that very great efforts were made to encourage them to make their nests in Holland, even appearing regularly on the TV news. When I came to Spain I was stunned by the overwhelming amount of White Storks in the direct neighborhood of my new home, which most certainly surpasses the total population of my native country.  It was very easy to spot colonies of 15 or more nests close together or seeing over 50 Storks foraging in a meadow alongside the road. For data about behaviour, breeding, description, conservation, etc., I refer to a comprehensive report in the Wikipedia.


Distribution.
The White Stork is a migrating bird which stays the winter in Sub-Saharan Africa and breeds mainly in Europe and the Middle East, with a subspecies wintering in India and breeding in Turkestan (map 1). In Europe the storks have two strongholds, the first in Poland and Eastern Europe (about 150.000 pairs) and the second in the Iberian Peninsula (about 40.000 pairs) with very few pairs in western and northern Europe (map 2). In Spain most storks breed in a 250 km wide strip parallel to the border with Portugal (map 3). In the southern Cantabrian Mountains they are common and in the northern part even rare, but in the foothills directly to the south they are extremely common. This great concentration is possibly due to the much sunnier climate, compared with the northern Cantabrian Mountains, and the common practice of irrigation in the form of flooding the meadows, which forces all small animals to crawl above ground. It is really easy to observe a flooded meadow with large groups of storks. In Spain most nest are built in trees, churches and electricity masts, although sometimes they use other structures like the ruins of a castle, as is the case in the next photo report. In our region the first storks arrive at the end of January and normally leave in September or October, but most probably due to the relative soft winters of the last years, lately some birds stay the whole year. 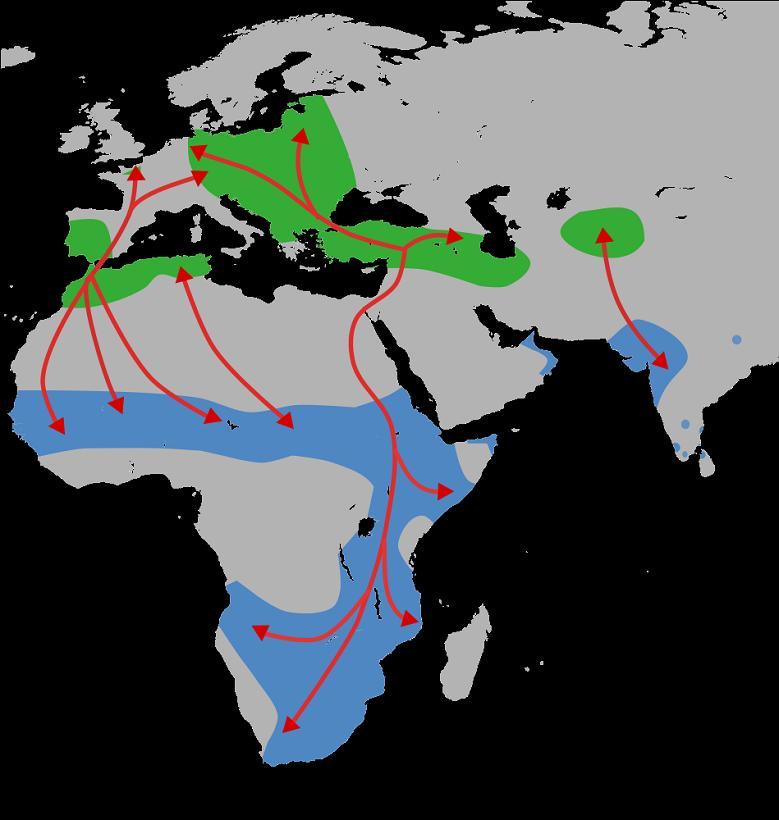 Map 1 shows the breeding and wintering distribution of the White Stork. Map taken from the Wikipedia. 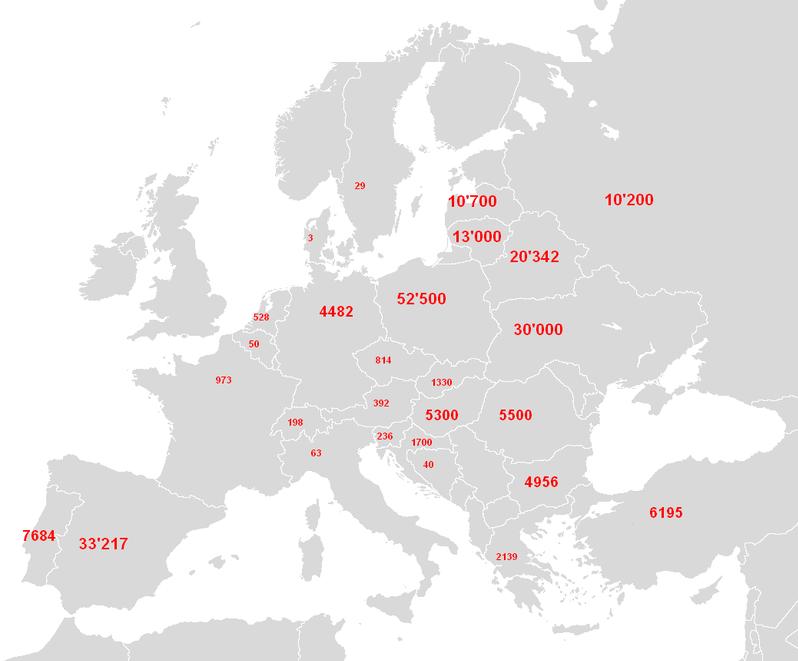 Map 2 shows the distribution of breeding pairs in Europe. Map taken from the Wikipedia. 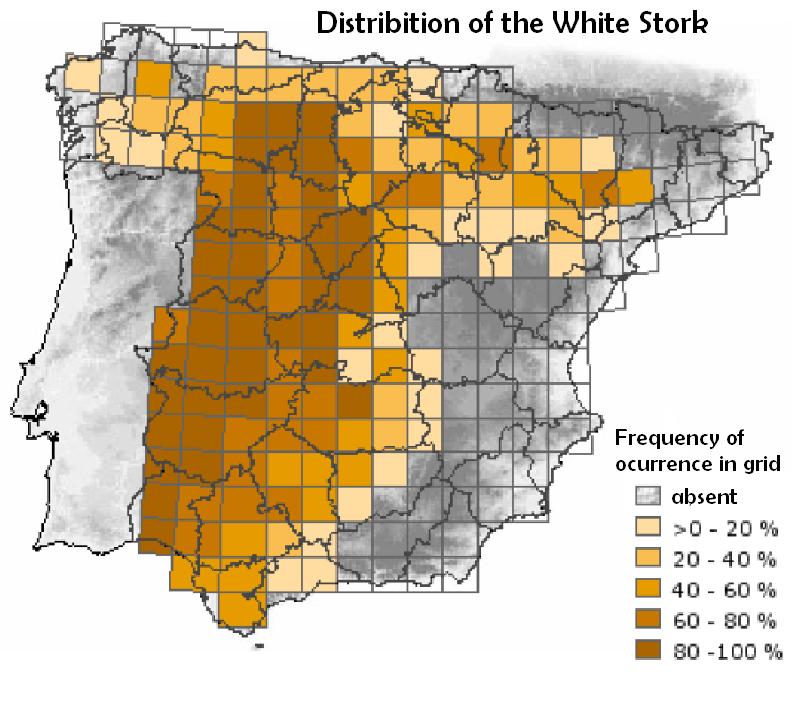 Map 3 showing the distribution of the White Stork in Spain, the map is a slight adaptation from the Virtual Atlas de Aves Terrestres de España.


Just some photos.
Just south of the Cantabrian Mountains and in the middle of a wide river valley with irrigated meadows, there are the ruins of an ancient castle. The Keep and broad walls of this castle are occupied by a substantial colony of White Storks. Most of the photos are taken here. 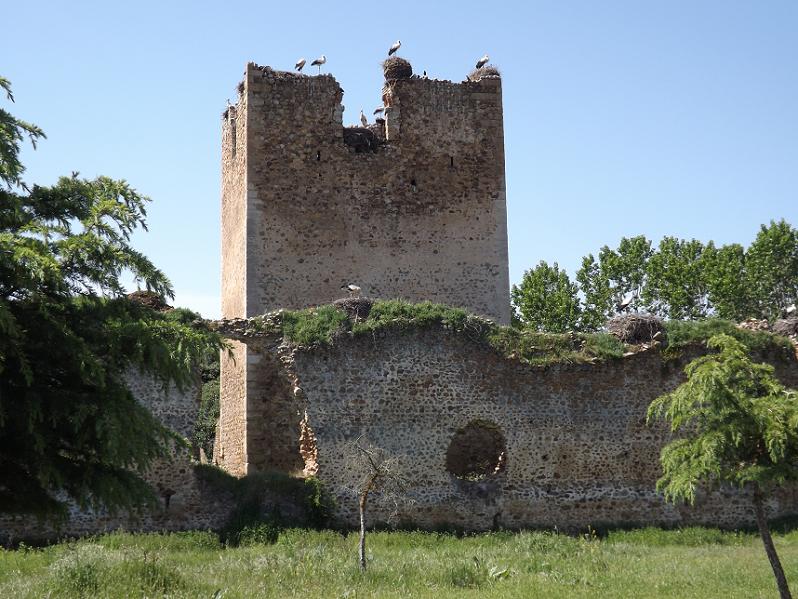 This picture shows a colony of White Storks nesting on the keep and walls of an ancient castle, which is situated in a wide valley with lots of irrigated meadows. 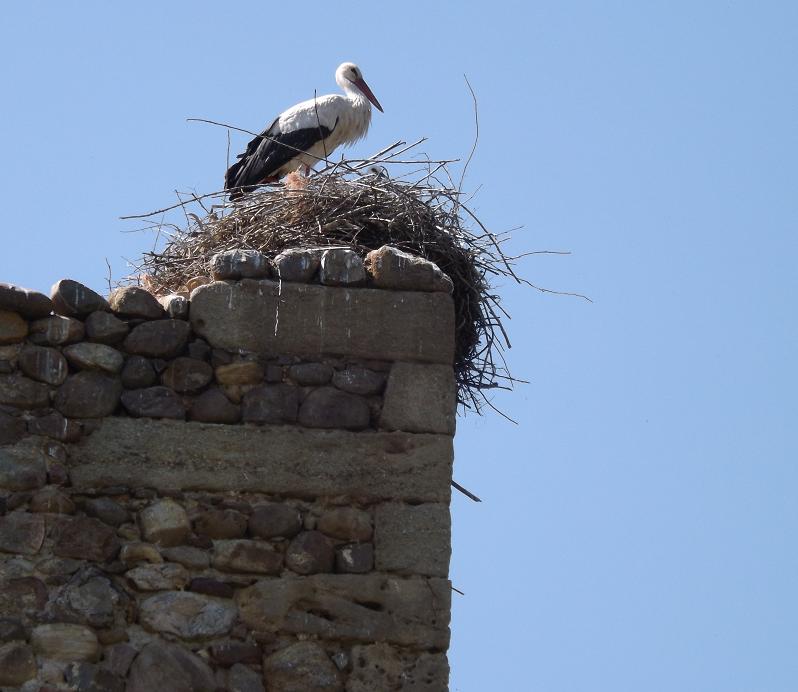 This photo shows the uppermost right corner of the previous photo. 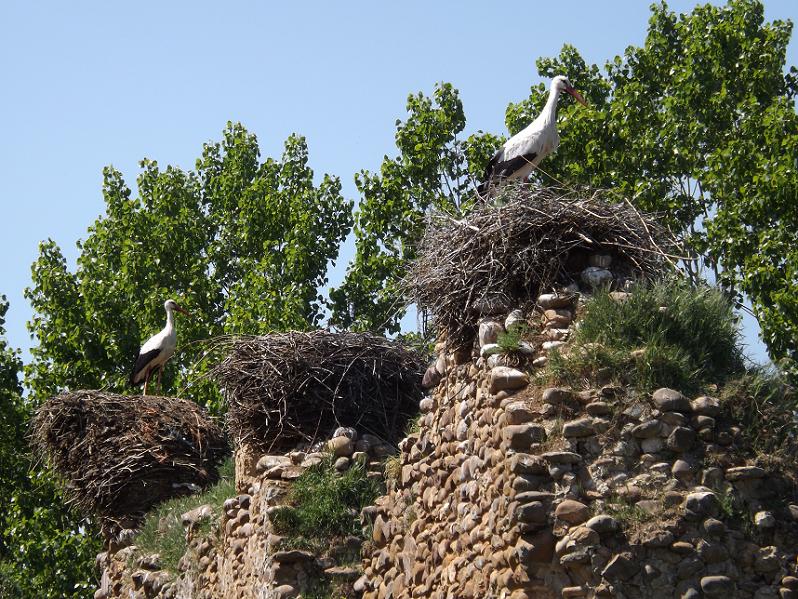 The new guards of the castle, on duty on the broad walls. 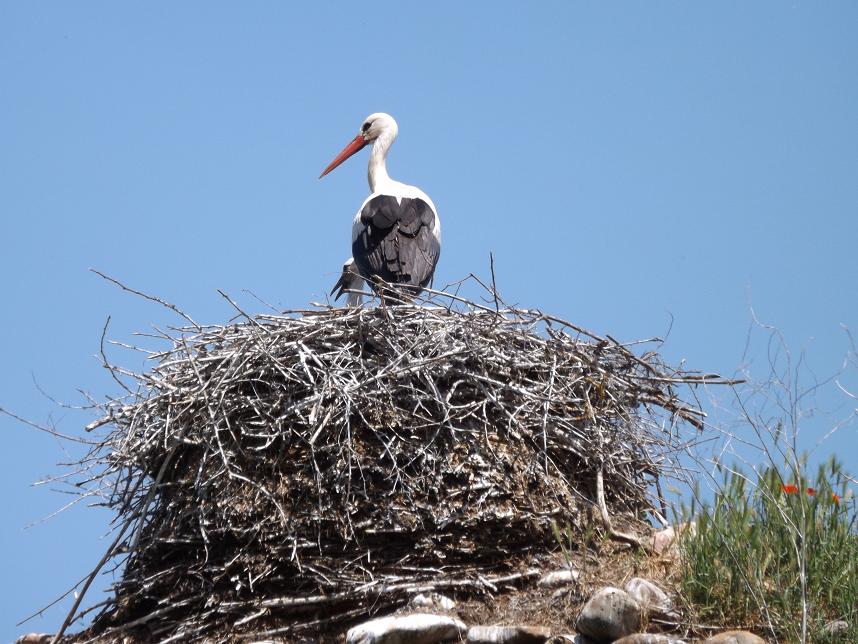 Every now and then the young peep out their heads. Although not directly visible, every occupied nest had young. 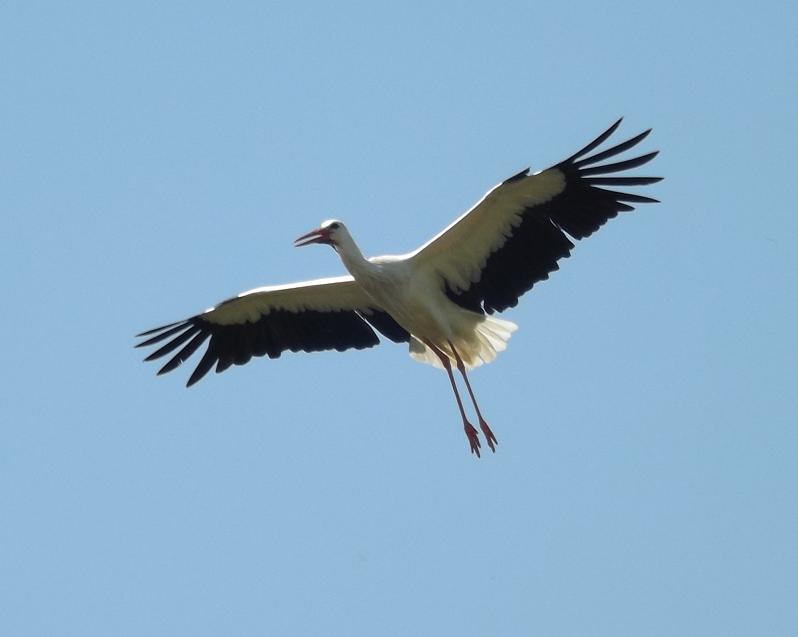 Even though the White Stork has a very similar black and white feather pattern as the Egyptian vulture, it is clearly that confusion is almost impossible.

On the keep every bit of space is used. It is contrasting to see the enormous nest built in the window hole, compared with the three new nests built beside it. 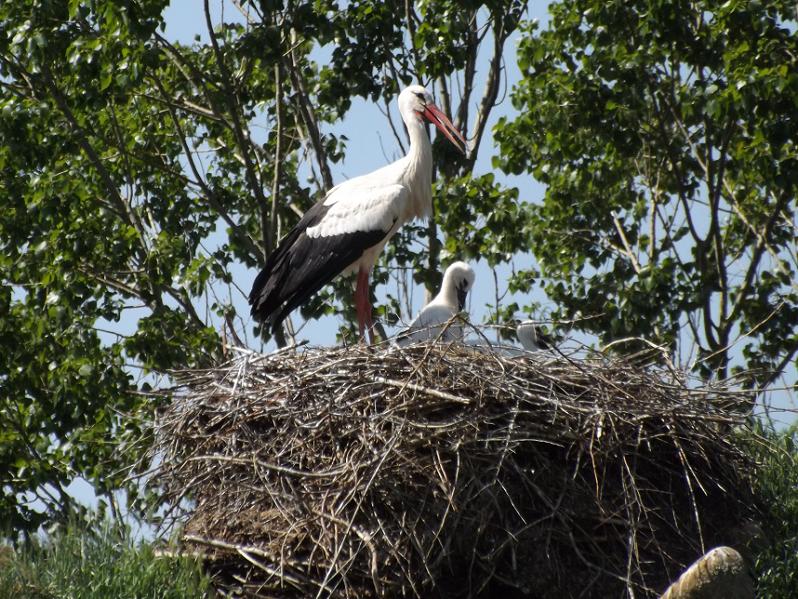 Some nests had even two chicks. 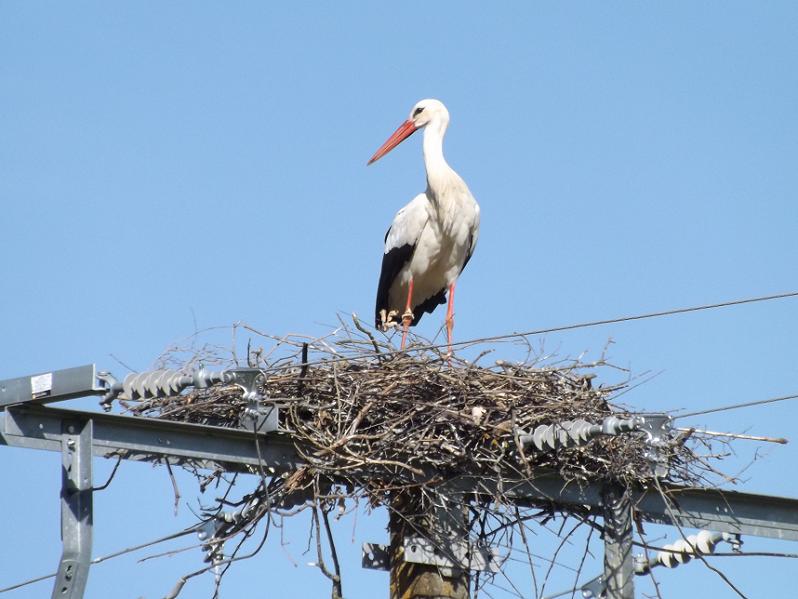 It is not uncommon for storks to build their nests on electricity masts..... 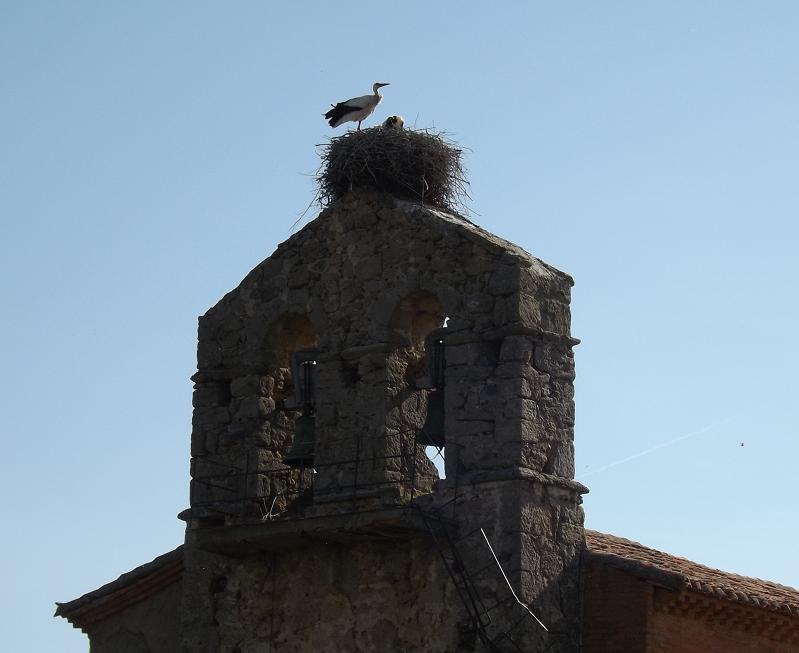 ......even though it is much more common to see nests on top of churches.
Posted by Marius van Heiningen at 12:47 PM